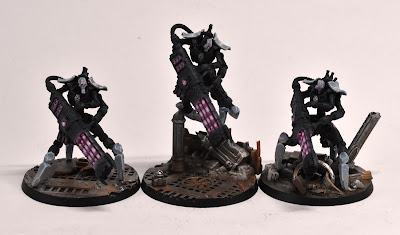 When the second wave of Necrons where released many moons ago I thought what a cool idea, OK it is a bit Terminator T800ish..... But I did not like the Destroyers, why when you have the greatest arcane tech would you design a flying go-kart scarab abdomen as it's platform (my personal opinion btw)? surely there is a better way.  Then the Skorpekh Destroyers where released and I know I could now bring myself to own a Nercon army.
So how was I going to tackle the new Lokhust Heavy Destroyers, the answer was easy.  When the Indomitus box set was released the internet was awash with people trying to offload the Skorpekh Lords, I was lucky enough to pick up three very cheap on ebay £5 including postage.  I know what your thinking the Lokhust Heavy Destroyer are £21 each and then you add a £5 that's a high price to pay.  Yes you are right, they are expensive, but in my mind it is all worth it, especially, if  you are able to buy online and pick the Lokhust Heavy Destroyer up with 20-25% discount like at wayland Games and other sites, Then you have not lost money but gained a figure worthy of joining the ranks of the Necrons and they are flying Tripods... come on, that's cool :) 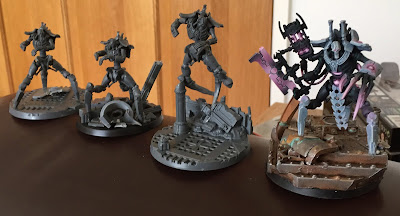 I have not included how I converted my Lokhust Heavy Destroyer because there was no conversion needed, it was a very simple cut and shut and a repose of the legs to make each one a little unique. 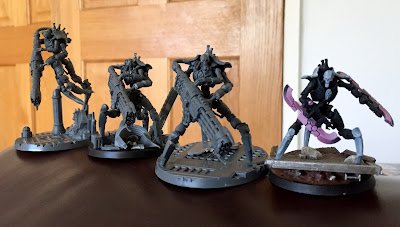 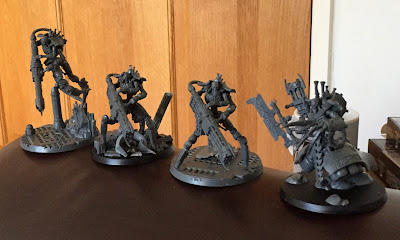 I also worked out I could retro fit the Lords body on the Lokhust Heavy Destroyer body.  I wont be painting these, they may go on ebay or sit on my shelves for an eternity as punishment for existing,  I dislike them that much. 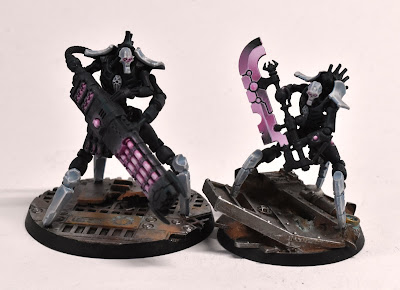 I used my easy speed painting technique and they took no time at all to paint, don't forget this is a speed painting exercise after all, but I still want my figures to look cool :)
links to painting guides:-
Part1
Part2
Part3 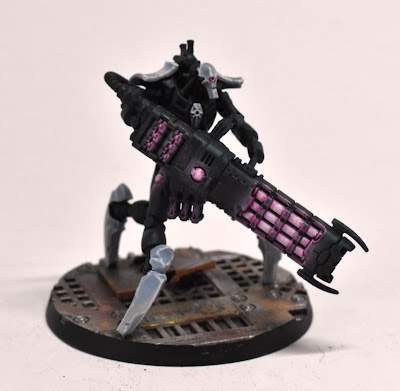 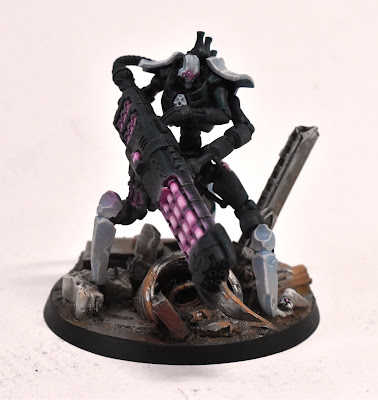 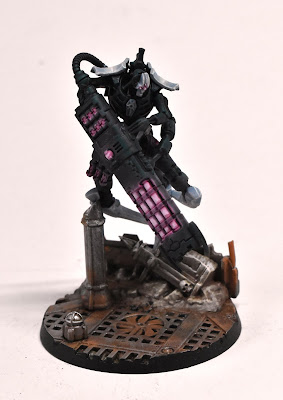 They fly by the way 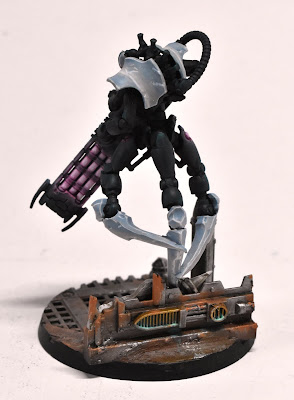 Oh, speaking of Tripods, what's that on the left?
Posted by Bluewarp Studios at 11:20