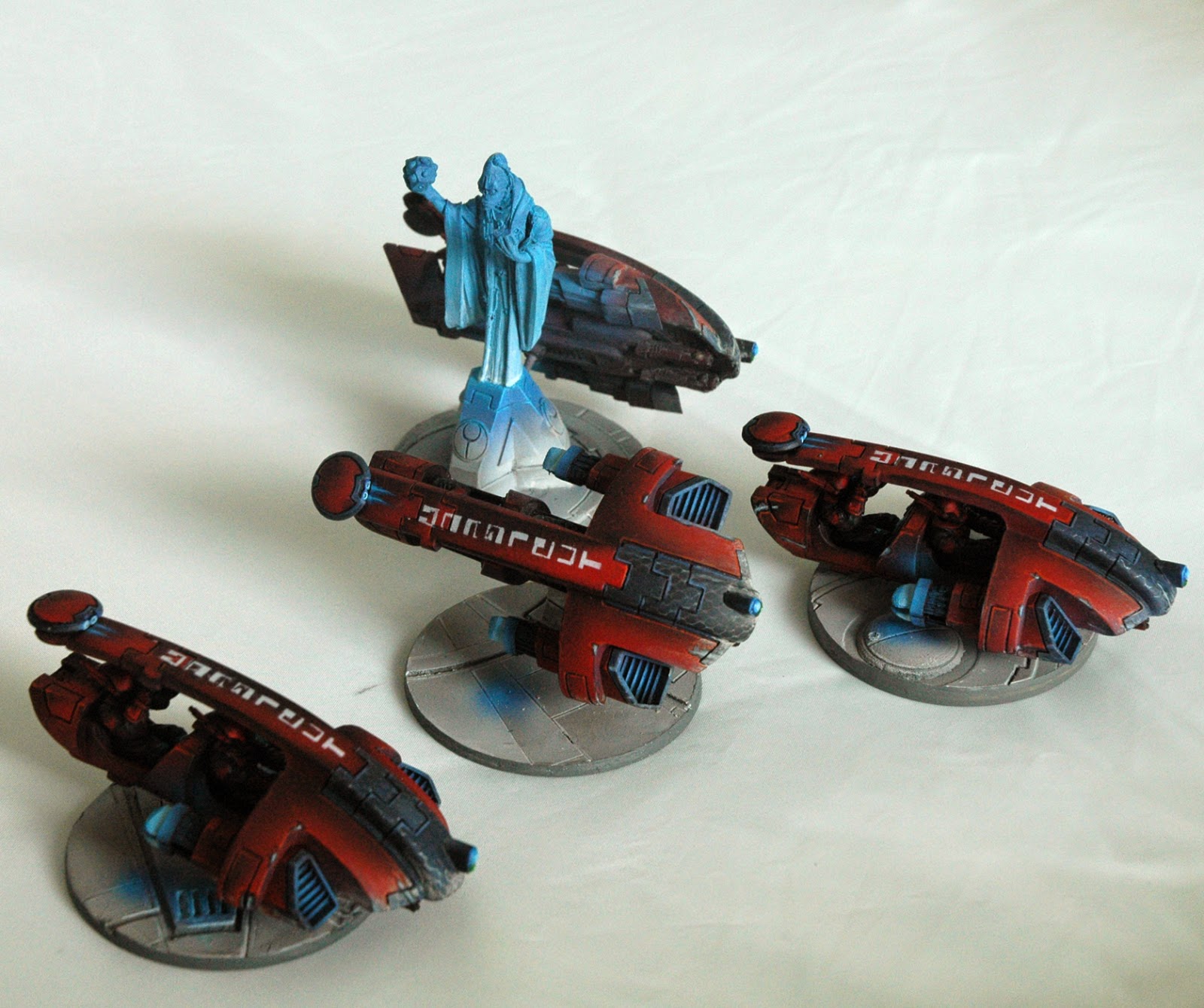 I have finally finished my 4 Tetras and I am happy with them, but in hindsight I think they could of done with a few more markings even if it was just to number them 1 to 4, oh well too late now.

The blue Tau statue is not a statue at all.  I wanted it to be different from the barracuda base http://bluewarpstudios.blogspot.co.uk/2014/07/the-barracuda-so-what-is-it-part-4-tau.html so I opted for a holographic projection, which are used as public service announcements or issuing orders on the battlefield "for the greater good" and such.  I liked the idea so much I'm going to make 3 more of these and use them as objective markers but next time I think I'll paint them a little lighter. I had toyed with the idea of casting them in clear resin and placing blue LED lights in the base, I thought that would be cool for objective markers doted all around the board, maybe be I should put it to a vote?   Anyway I hope you like :) 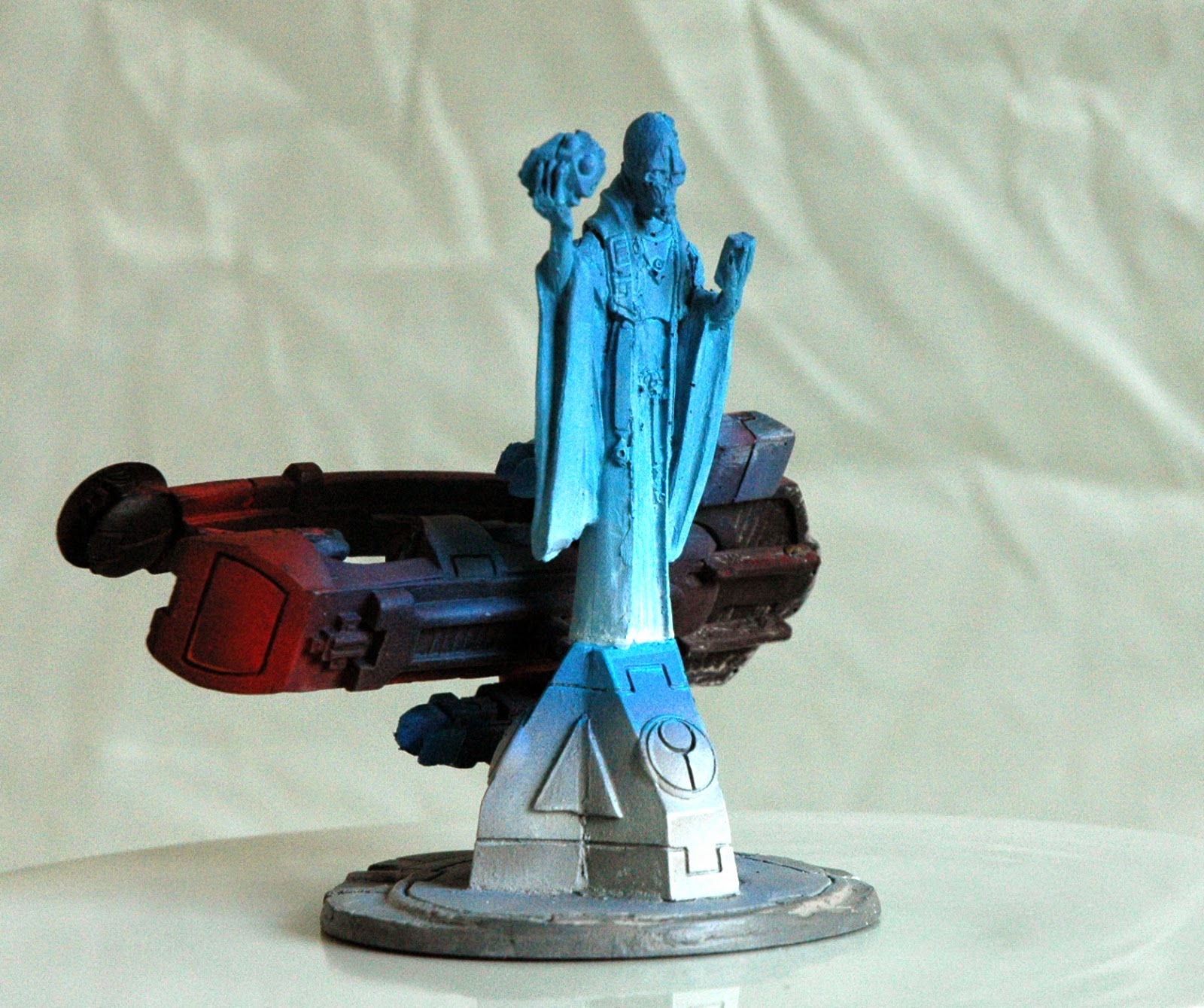 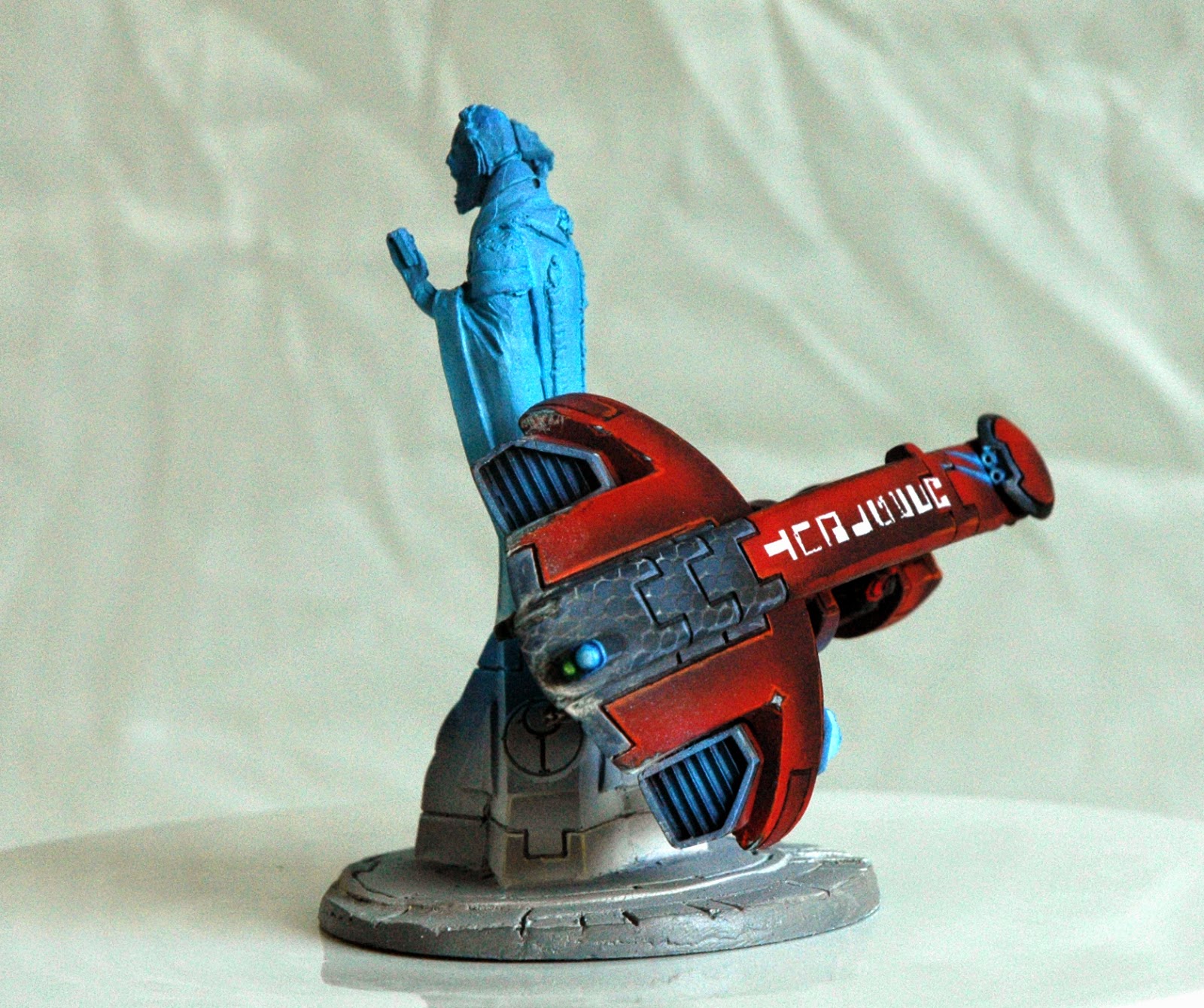 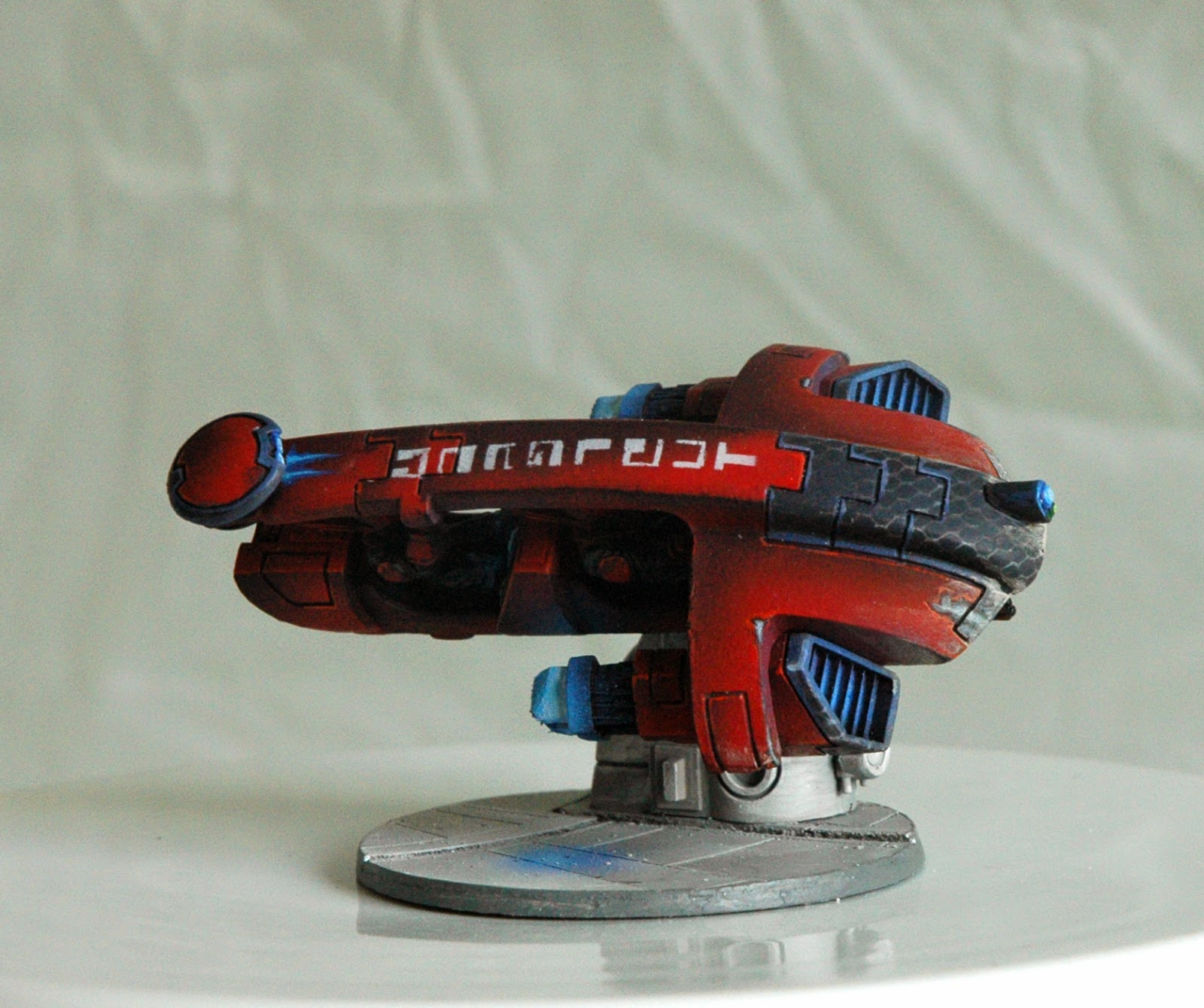 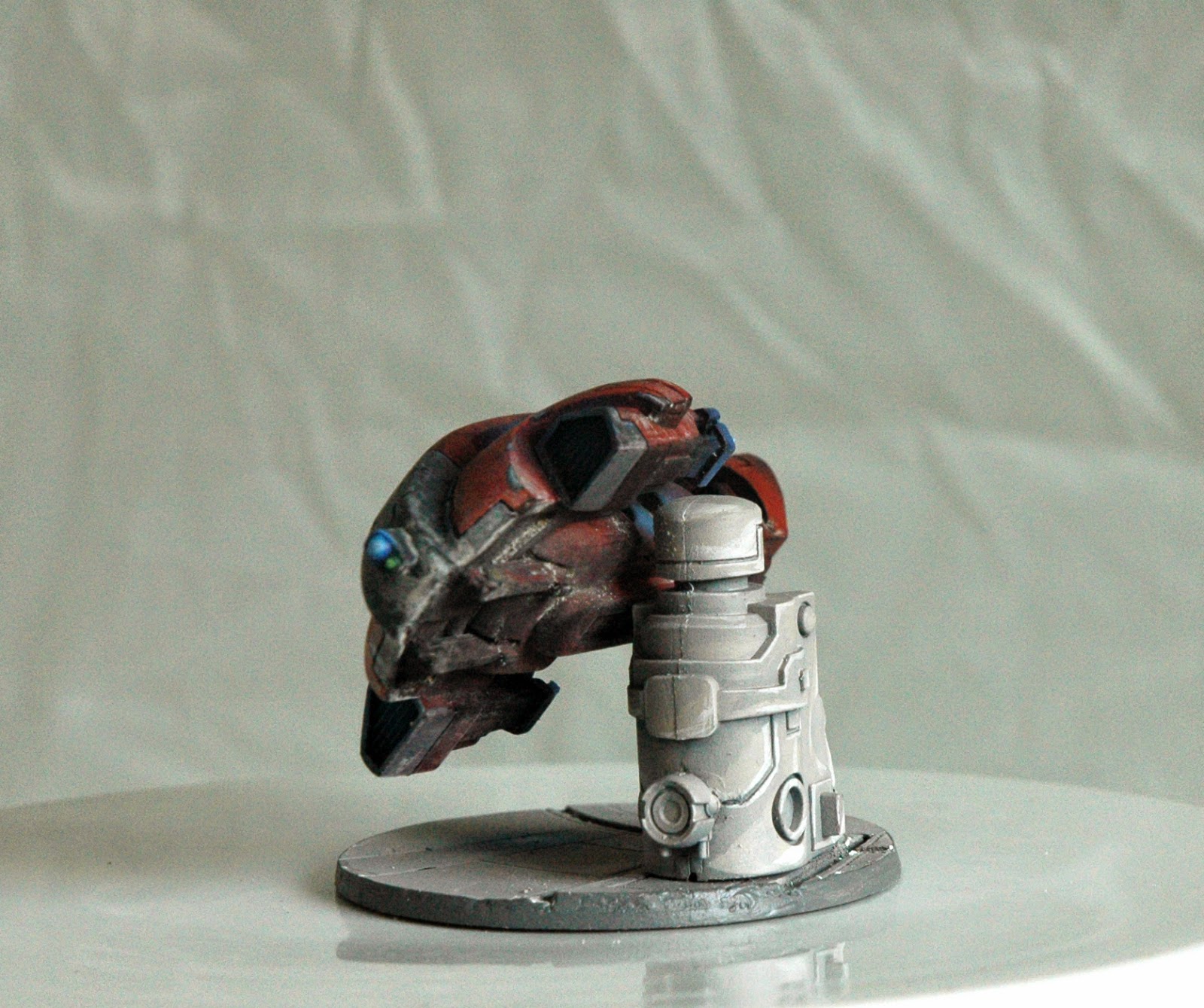 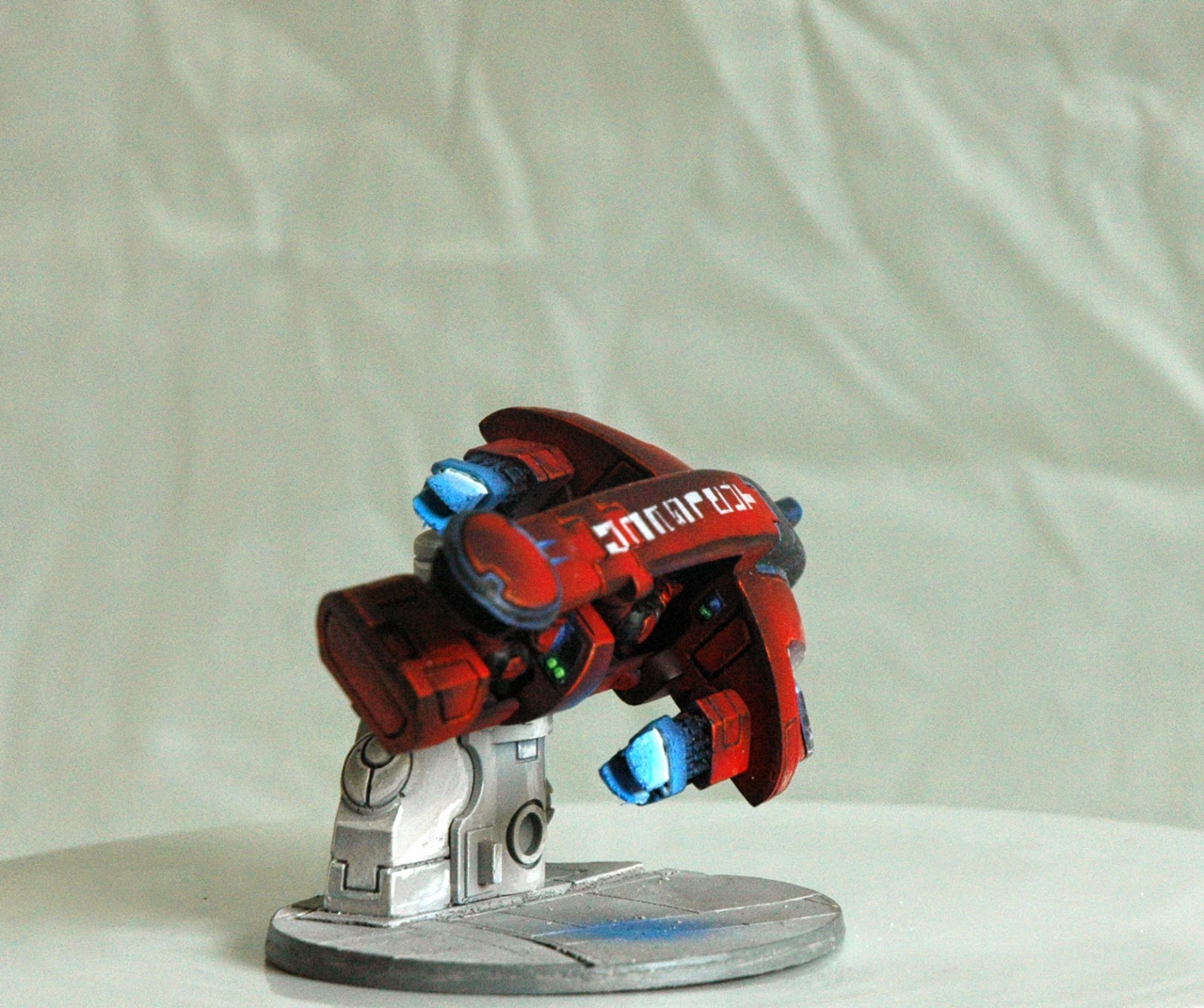 Posted by Bluewarp Studios at 17:21 No comments:

Tau Tetra and The Magic Round about

Just hum "The Magic Round About" theme tune in your head or out loud and it makes all the difference :)

Posted by Bluewarp Studios at 16:30 No comments: