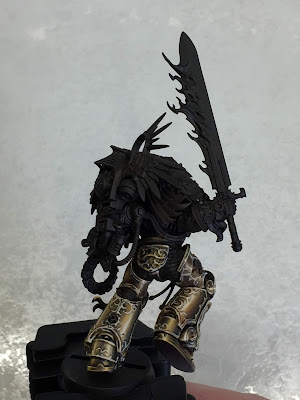 I thought it was time to share my WIP Roboute Guilliman, Seeing now that he is the "Emperor of mankind" he should be wearing his new golden amour.

I'm still trying to perfect the NMM (non-metalic-metals), I have tried 3 different variations on my Renegade Knights, I thought this style or my 4th would suit Guilliman best.  Your thoughts and comments are most welcome :) 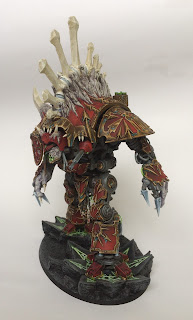 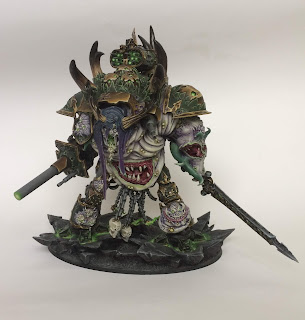 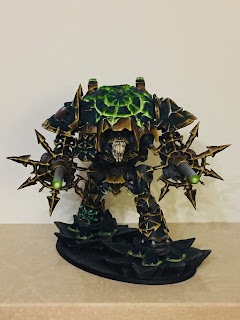 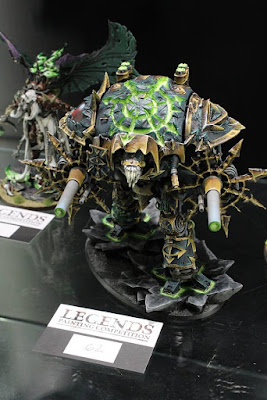 Fresh back from Warhammer 40,000 Grand Tournament 18/19 - Heat 4 I'm feeling dazed.  Four good friends went with high hopes to qualify for the final, with one friend unable to make it due to important family commitments, and non of us qualified; but it wasn't the end of the world.

It has been said to me that the events at Warhammer world can be too competitive and the people you will meet can be complete arsses.   Well I would like to set the record straight; yes the armies you will be up against will be hard "it's a tournament", in the past I have enjoyed all most all of the games I have played their, win or lose.  this time however I enjoyed all my games.   This is down to my opponents, the people you will meet are not arsses, I don't think I've come up against one yet.  This Grand Tournament Heat 4 I had an absolute blast even though I lost all my games, meeting five great new players was fab.  No I didn't through the games I just couldn't role my self out of a wet paper bag and four of my opponents kept saying "OMG I'm so sorry I've never rolled this well in my life" lol literally lol.

These events are not just great for meeting new players who love 40K but also great to meet up with players I have played against in the past, to swap war stories, see how their armies are developing and swap painting techniques. 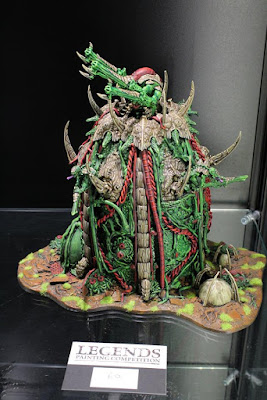 So lets talk about how we got on.  Otty and I placed our favorite figures in the cabinet for the painting competitions and because I was running Renegade Knight I could only enter Icon of legend, I was up against Otty's scratch built Tyranid Bastion, which I beat me in the past. 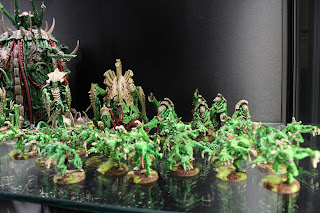 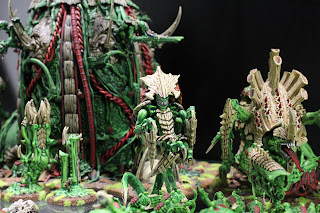 Otty and I where lucky enough to get nominated for best painted armies, which I have to admit is one of my main goals when I go to a tournament.  I never expect to win because the standard of painting is so high but I really like to get nominated.   This is another reason for going to tournaments to see what other great figure painters are up to and see how they have up their techniques. 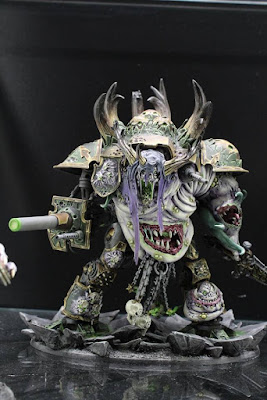 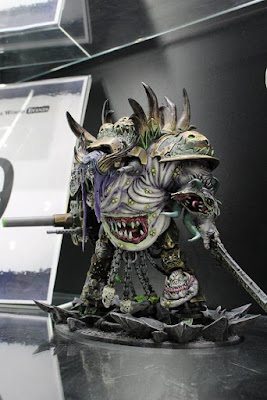 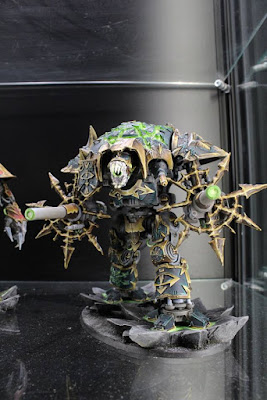 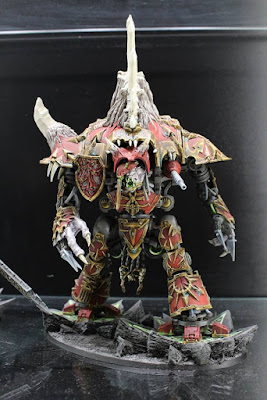 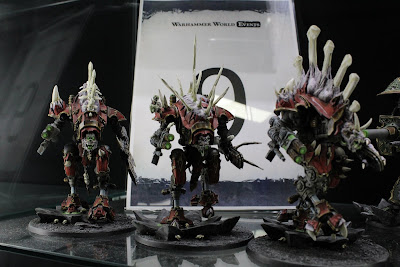 Compared to the other cabinets I thought my shelf looked a little empty with only having six models, even though they probably took me, on and off a 12 months to convert and paint. So how did we do? 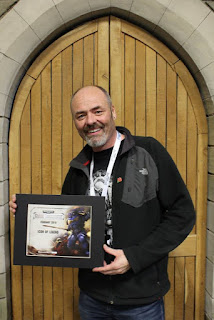 I have to apologies to Otty who didn't win, it was just my lucky day.... winning Icon of legend.... 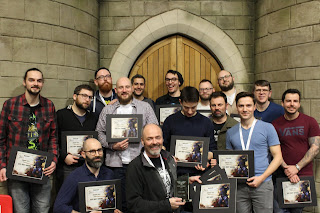 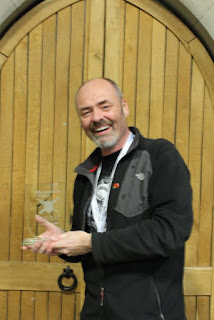 And... Knight of the Inner Circle, an award I have never won before.  To get 5 player votes and 5 army votes does not happen often, in fact all the years I have been going I have only ever seen one other person win it, so be a part of that group feels amazing.


All these images have been taken from the Warhammer world Facebook page. please visit the other fabulous armies on display, enjoy.
Posted by Bluewarp Studios at 12:04 7 comments: