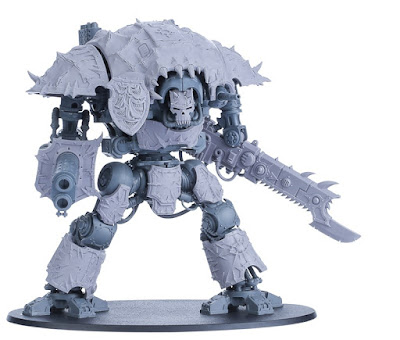 My new love of all Knights has not wavered recently and definitely not now the Chaos Knight is out with new chaos rules and a slight tweak to the Reaper Chainsword, called the Foe-reaper Chainsword.  Also posted are the rules:-

Posted by Bluewarp Studios at 11:17 No comments: 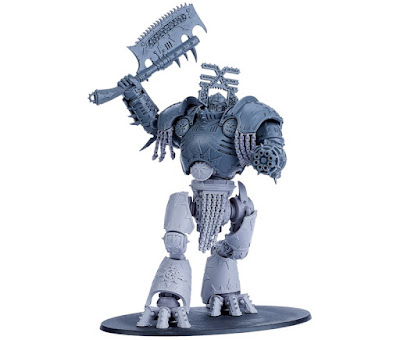 The Kytan Daemon engine has finally been released from the dark depths of Forge World, including the new experimental rules. (click here) At just 525 points WS5, I5 and four 'D' attacks, then add rage, it's a formidable opponent for the Imperial Knight and the Wraith Knight.  But will it do the business or should we all wait the the Chaos Knight?

To be honest I'm undecided, if only I had pots of money then I could buy them both.  But I do think the legs are a little to small for the torso and if I had my time again I would have given my Lord of Skulls hind legs like the Kytan (I should have thought of that).  The legs on my Lord of Skull are a little chunky with giant feet compared the FW kit. 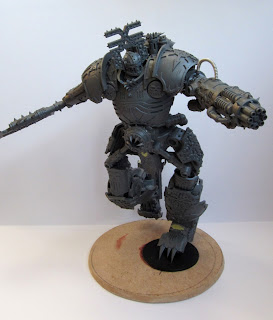 Additionally the two major differences between the Kytan and the Lord of Skulls (apart from the Stomp rules) is that the Kytan has lost the Hellstorm template weapon and the extra attacks for being wounded, which to be honest were the only good rules for the Lord of Skulls, but it is 300 points less, swings and round about.

P.S. I am very interested in your opinion on what you think the best lord of war would be because I cannot make my mind up:-  Lord of Skulls, Kytan or the Chaos Knight