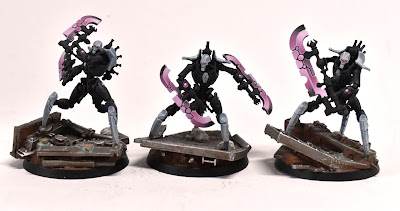 Following on from the previous post on my Necrons, I realised I hadn't included how the bases have been finished, and, keeping with essence of the speed painting project, I decided to use metallic paints and dry brushing. 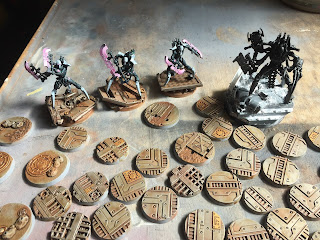 When it comes to basing I am a big fan of batch painting, especially if I'm using my airbrush.  the time it takes to get all the paints and airbrush ready you may as well paint 40 to 60 bases then just 5 to 10, this way the colours will match and so will the style of dry brushing.
All the bases have been undercoated with a grey primer then I airbrushed sections with Mournfang Brown and VX-88.  Then I hand painted the gold sections and dry brushed the other areas with Leadbelcher.  I gave everything a ink wash with Agrax Earthshade.  Finally, I edge highlighted with Stormhost Silver and added Nihilakh Oxide to parts of the gold and highlighted with Gauss Blaster Green.  Quick simple and effective.
I had also pre planned all the bases I would need and bought Necromunda, Sector Imperialis and Mechanicum bases.  The reason being that multiple units would have it's own base type. i.e.  each unit of 10 Necron warriors would have its own type of base, and therefore no need for any squad identification markings as I wanted the all to be the same.  Also you will note throughout these Necron posts all bigger models would have their own bespoke bases, as I am basicallly cheating on the standard smaller troops I thought it would counter act the standardisation. 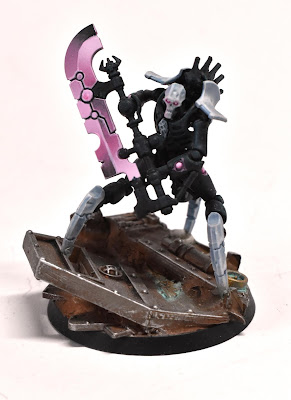 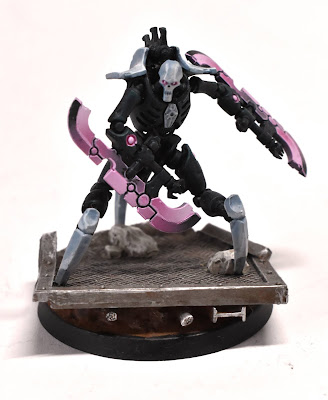 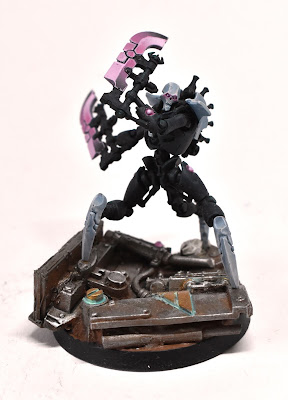 I loved these models so much that I bought a second set and followed the same process including giving each one their own unique base. 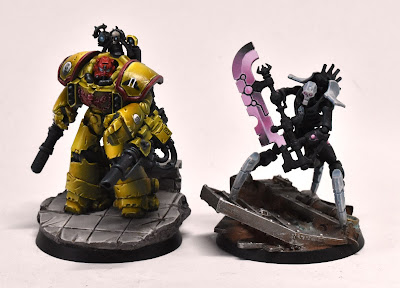 Sneak peak of things to come in the next few weeks  - a converted Imperial Fists Primaris Centurion.
Posted by Bluewarp Studios at 23:21 2 comments: 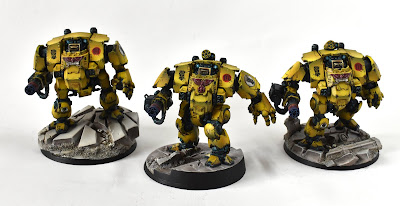 So what is on your hobby table at the moment?  For me its been three weeks of non stop playing with shades of yellow.  You've guest it, it's another Imperial Fists army.
I have a back catalogue of blogging to do, including my whole Necron army which is now complete and I have expanded my Death Guard by over 50% and, which is also finished.  For now though I thought I would share my latest creations and hint at what will be coming next over the coming weeks - including Imperial Fists Primaris Centurions and trying my damndest to create a shade for yellow which does not include brown :)  Enjoy. 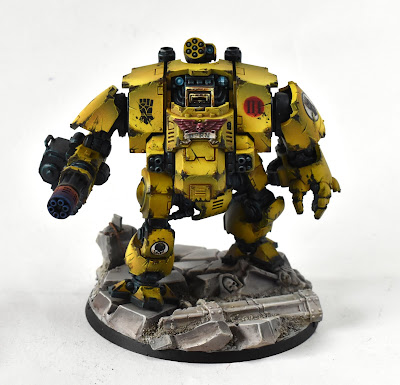 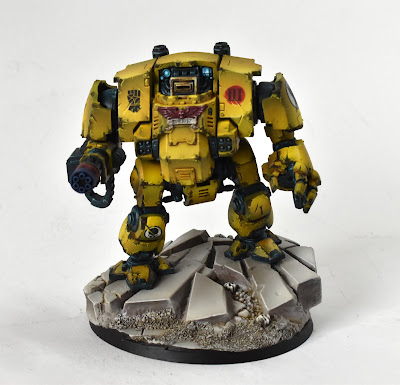 Posted by Bluewarp Studios at 15:38 No comments: