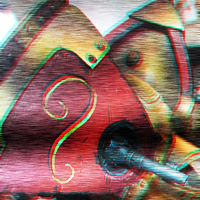 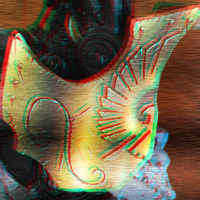 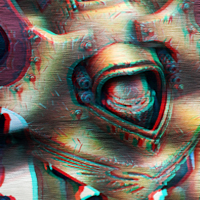 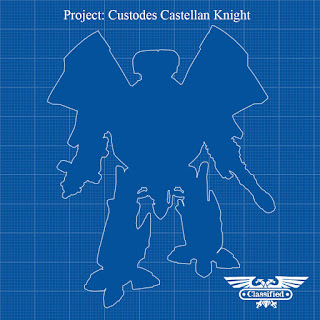 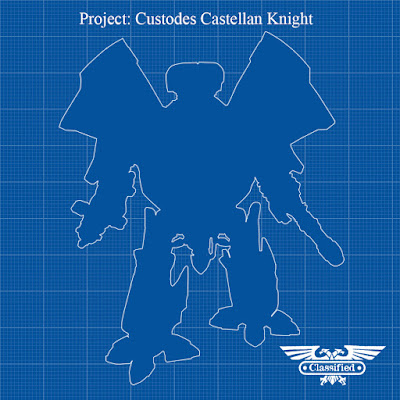 ++ Original prototype now in use ++

Posted by Bluewarp Studios at 16:25 2 comments: 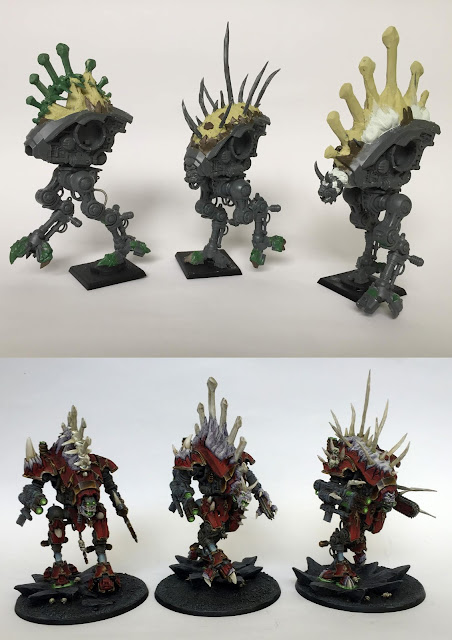 Hi everybody, it has been a while since I started my mammoth task of creating a heavily converted Renegade Knight army.  So, I thought it was about time I showed my WIP images so you can see how exactly they where created, Welcome back to part 4 Khorne Armiger Warglaives.

One of my favorite models over the years are the Crypt Horrors, I have used these for many converting projects, they where also the inspiration for the Khorne Renegade Knight.  So as a homage to them, I used the backs of the three Crypt Horrors as inspiration for my daemonic possessed Armiger Warglaives. 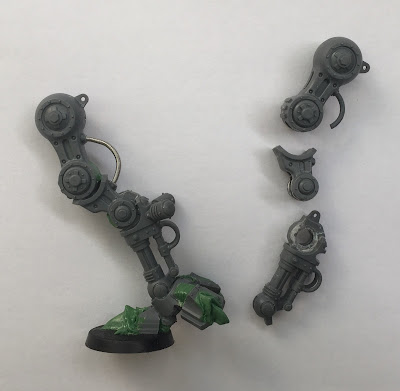 First I wanted to have all the legs in different posses, so I cut up each set and re-positioned them 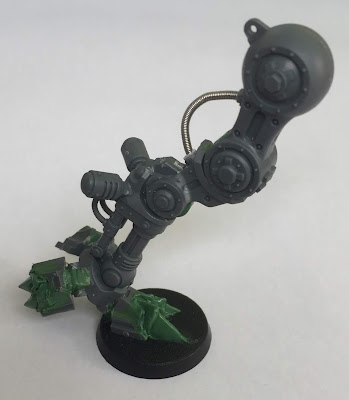 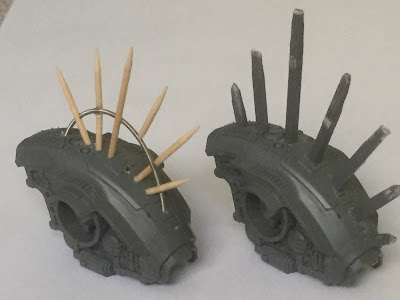 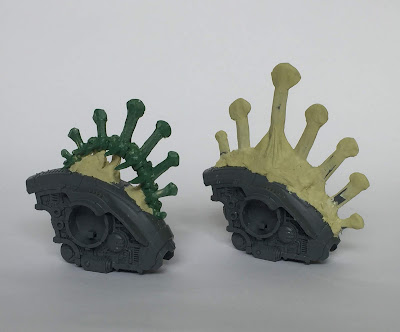 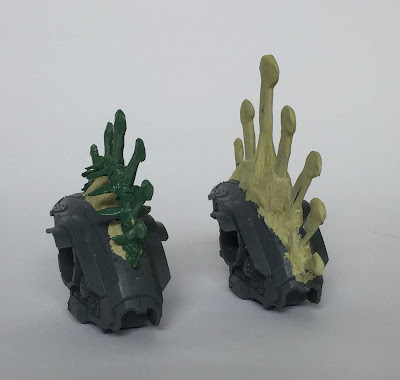 I intend to create the weapons and armour similar to Forge World's Gal Vorbaks. 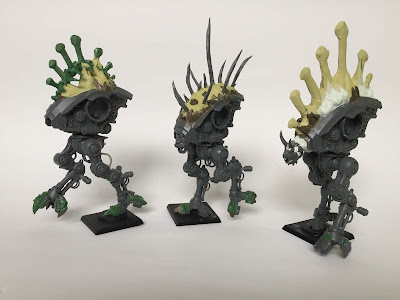 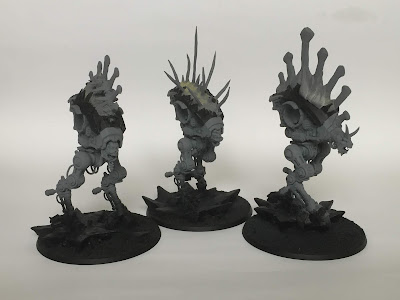 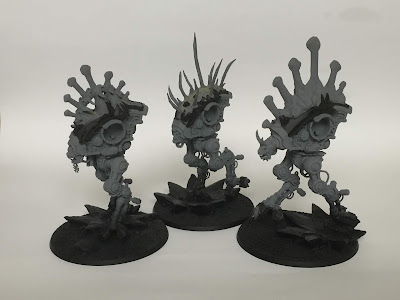 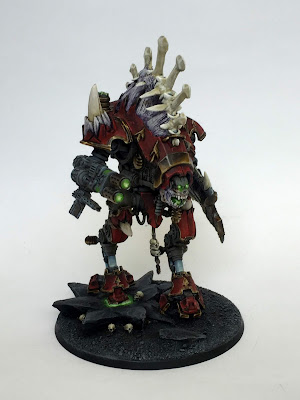 I still think it was a good idea to give each one a back possession conversion, but, I came to a sticking point, what to do with the Heavy Stubber?  I thought about putting them between the legs, or under the chin or maybe even on a shoulder mount, in the end I decided to attach the Heavy Stubber underneath the main gun 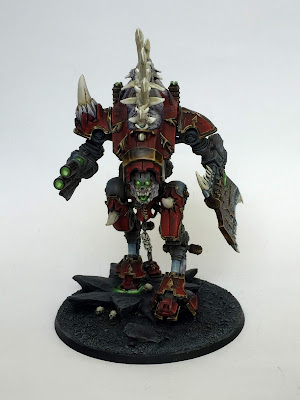 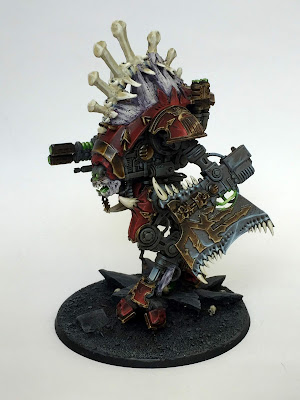 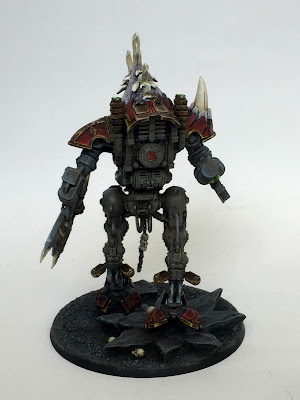 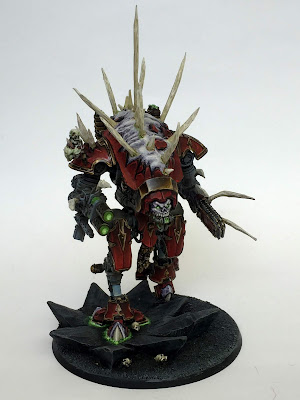 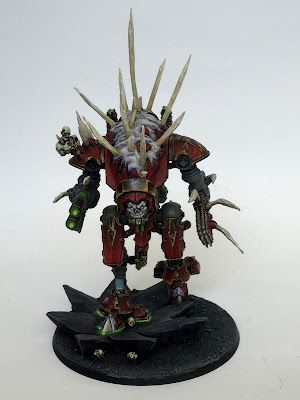 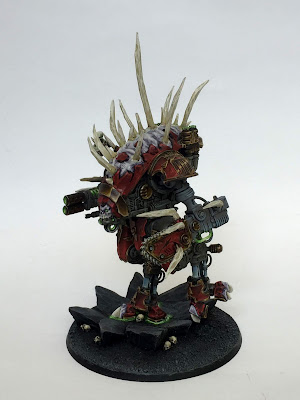 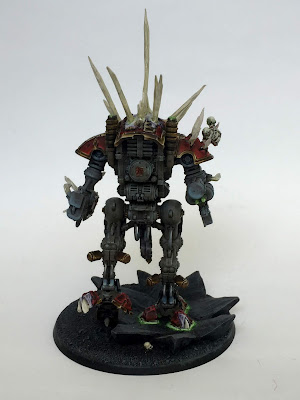 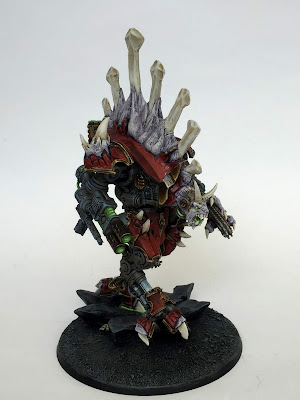 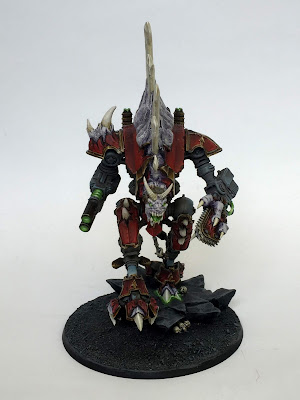 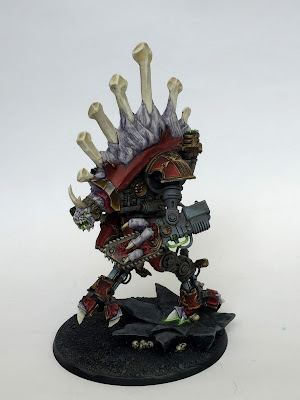 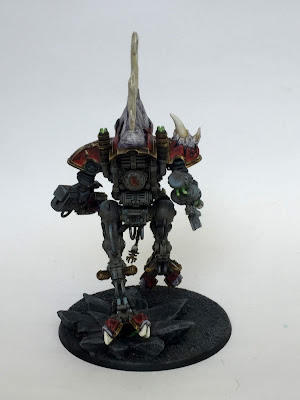 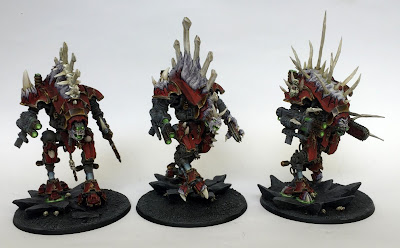 Posted by Bluewarp Studios at 21:06 2 comments: