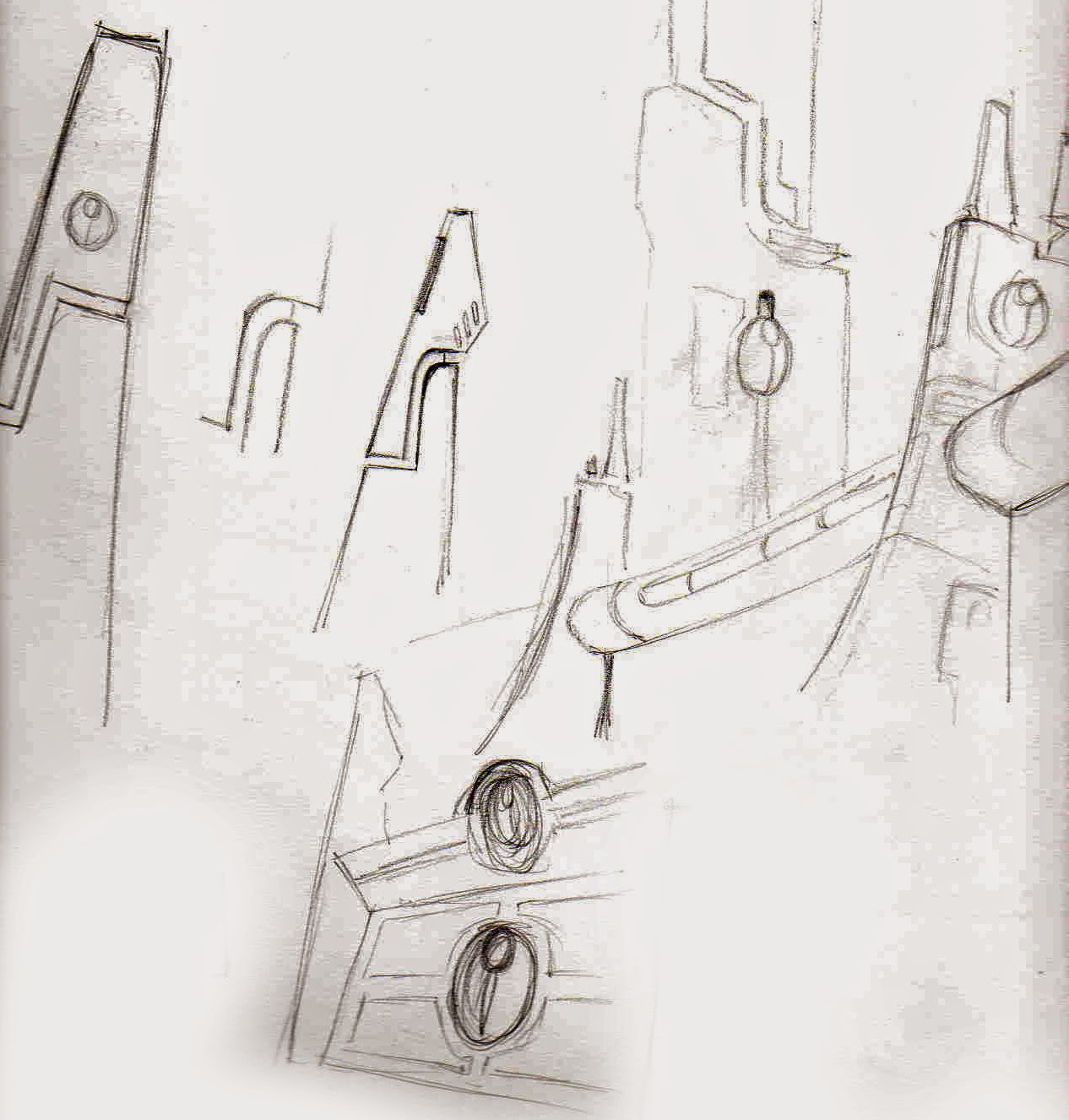 Hi all, it's been a little busy in my house catching up on University work and I'm still un-boxing after our move.  I thought this would be a good time to re-visit the Tau Skyshield Landing Pad and as you can see I stole ideas from the web and began to develop on the back of these images into a working digital modal.  I was torn between what I wanted and what it would cost, I knew I did not have a massive budget for this project, I also wanted to produce something that could be laser cut by a third party.  I had to compromise on the 6 towers, as seen below I wanted big thick towers but to keep the costs down I changed it.  I also wanted to use the top of the landing pad walls as Tau Aegis defence lines (for future projects).

Anyway I hope these are inspirational for others, I have also put the dimensions on the drawing so if anybody wanted to create their own based on these plans they could.  Enjoy :) 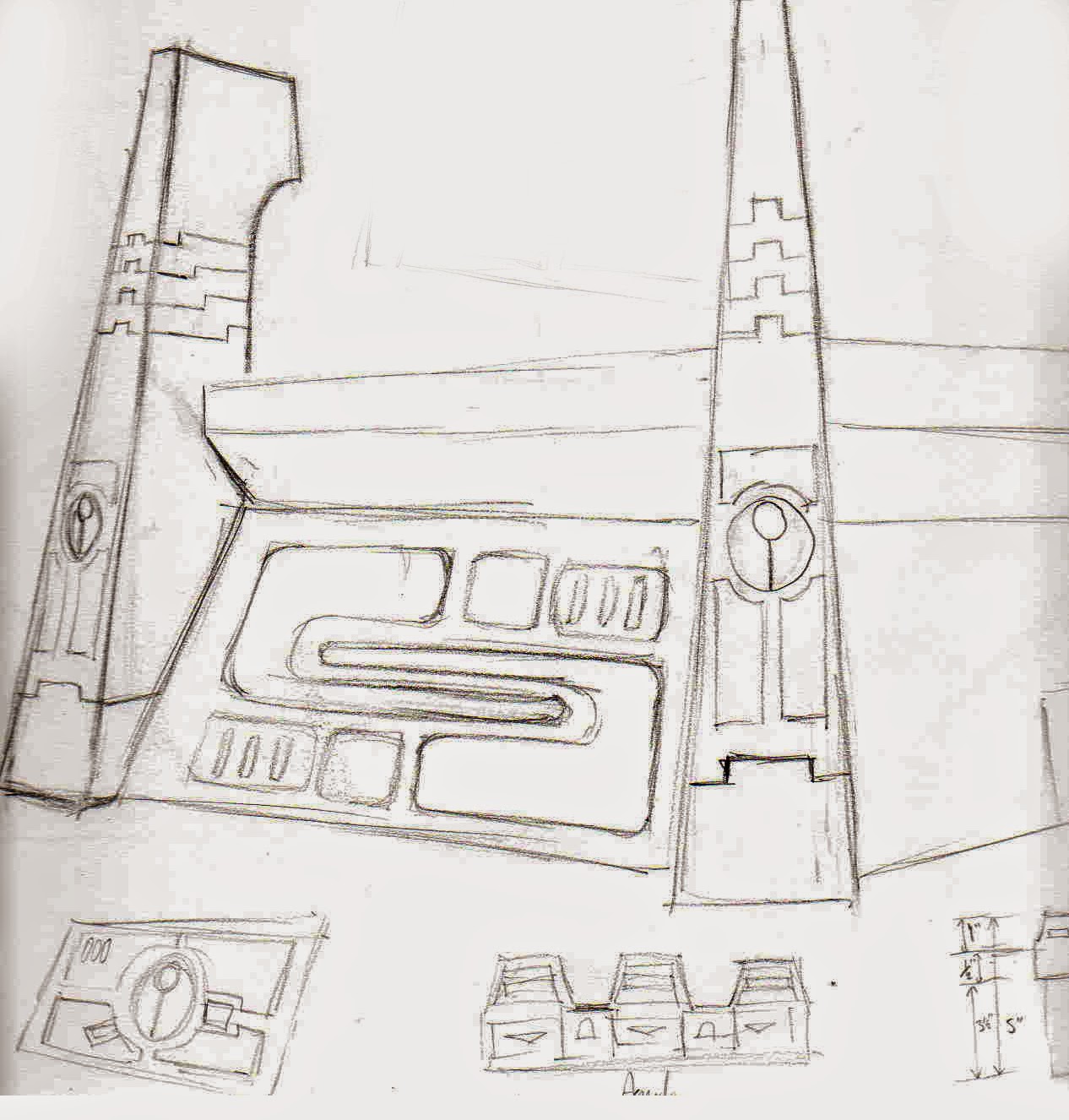 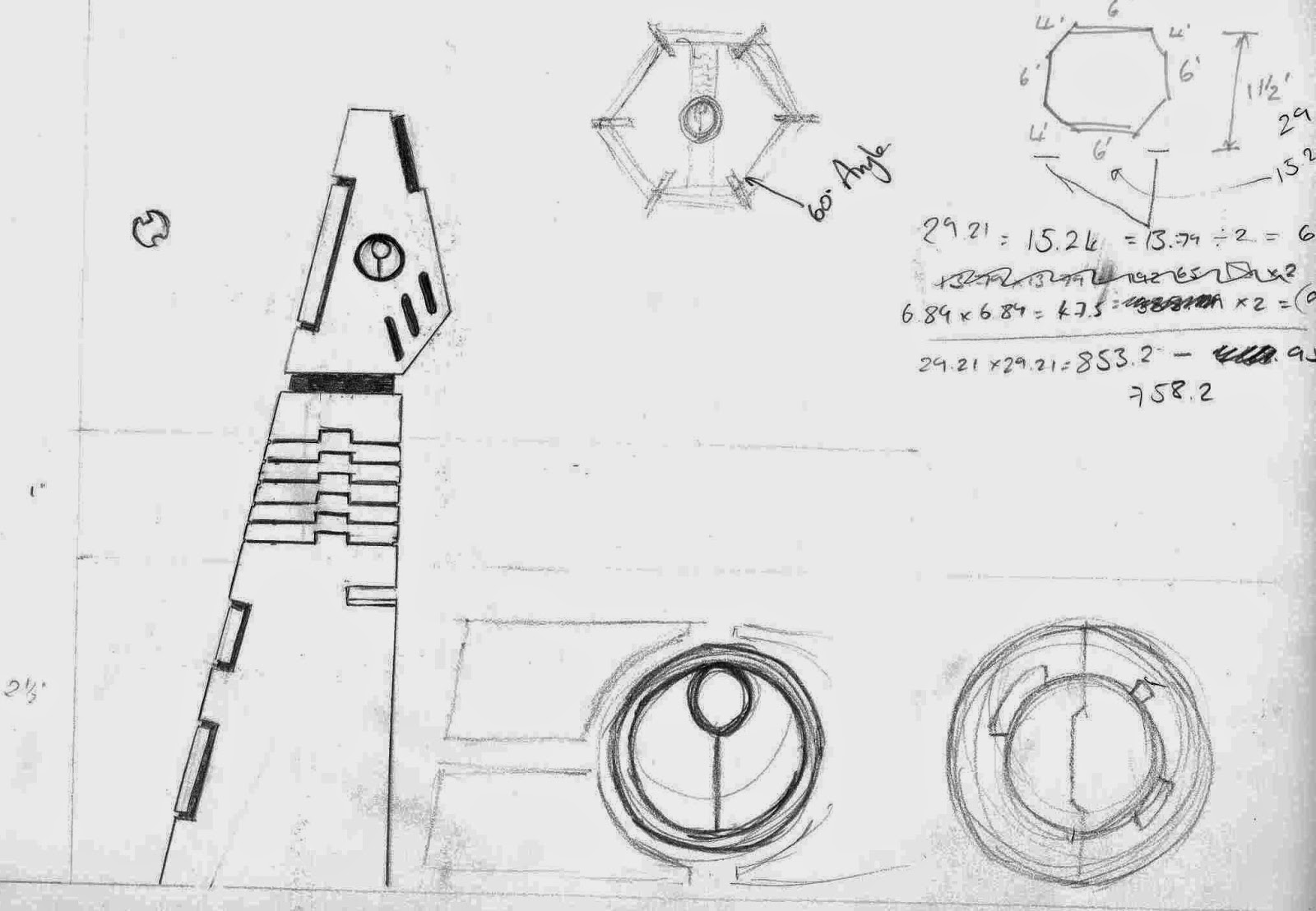 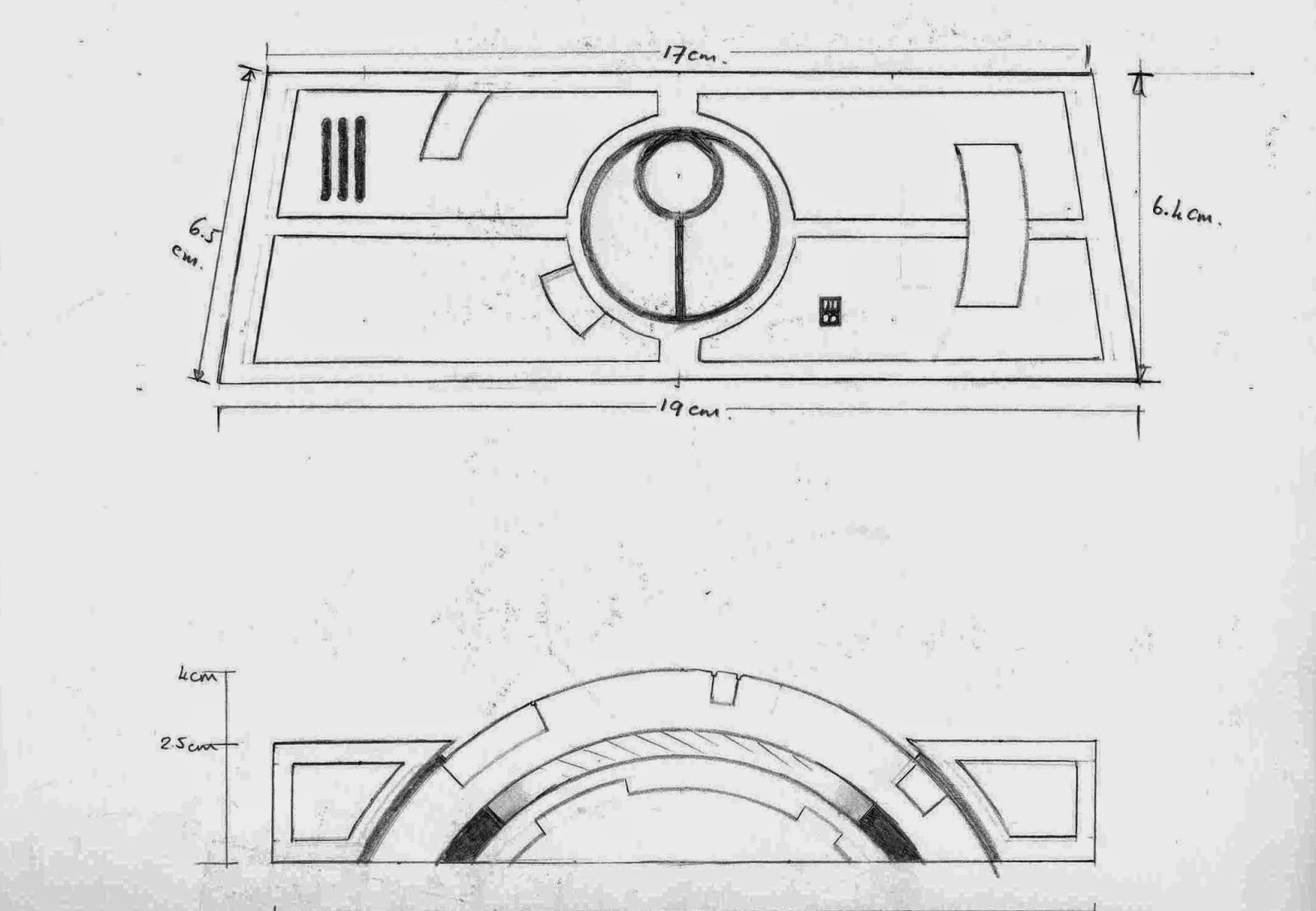 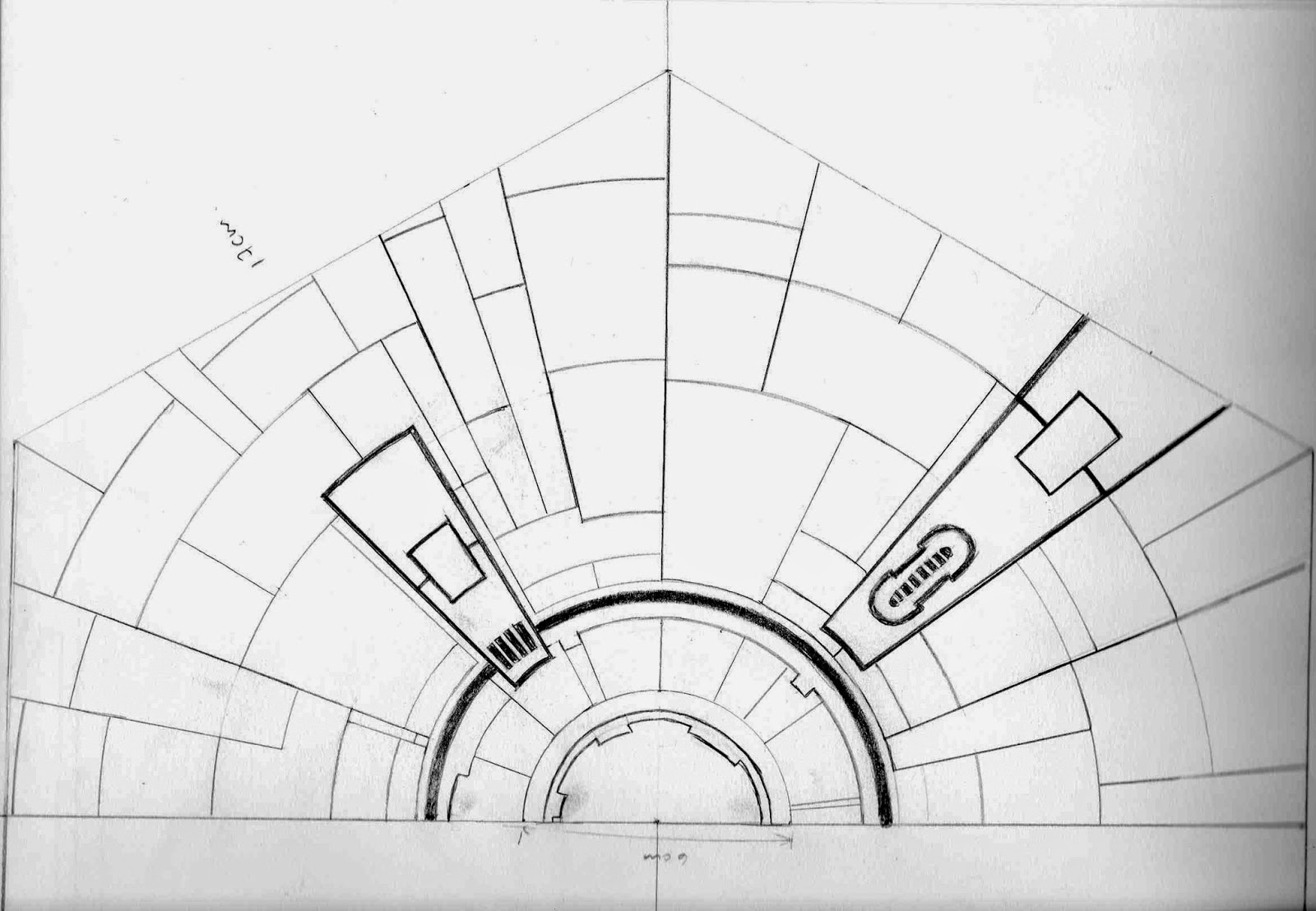 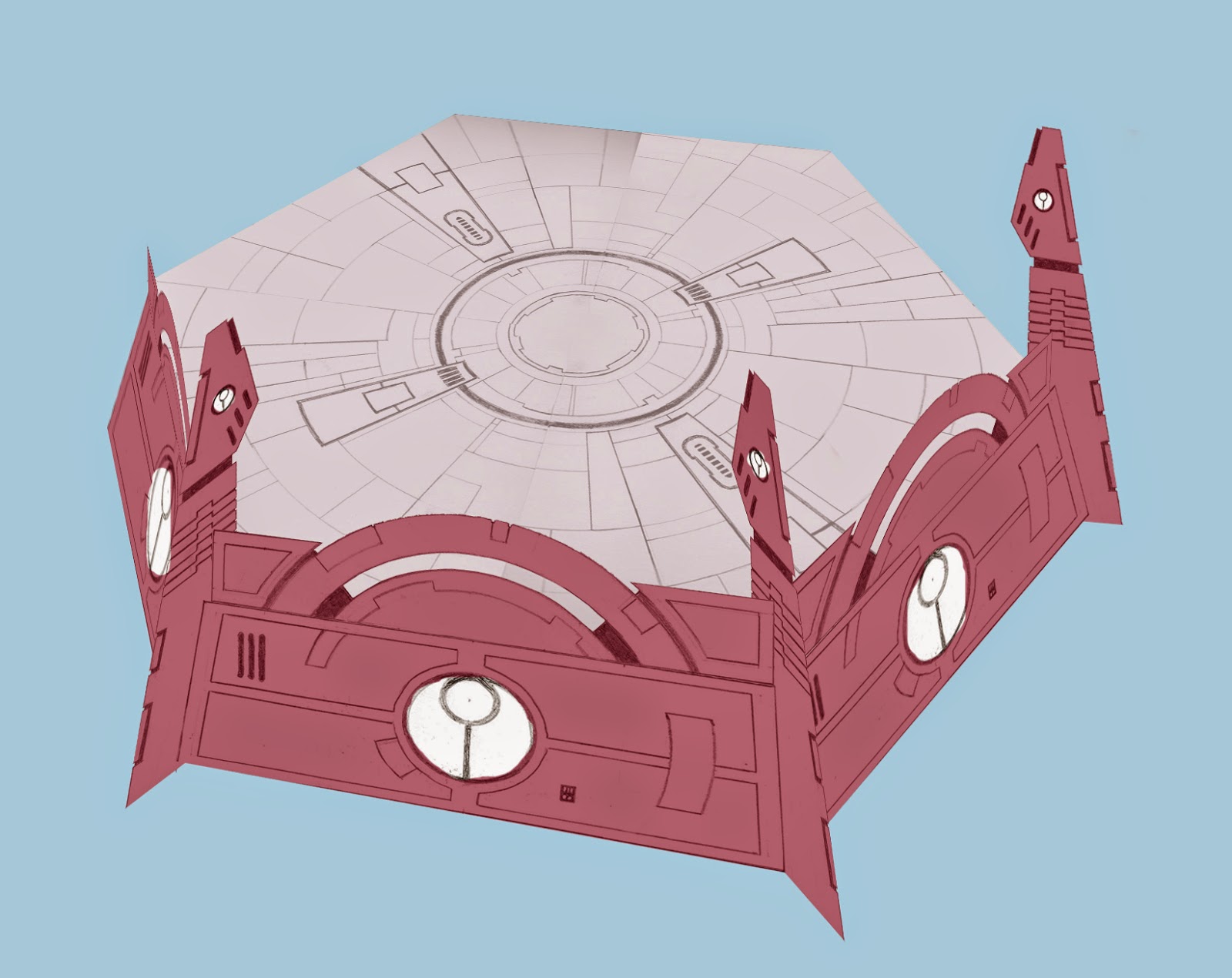 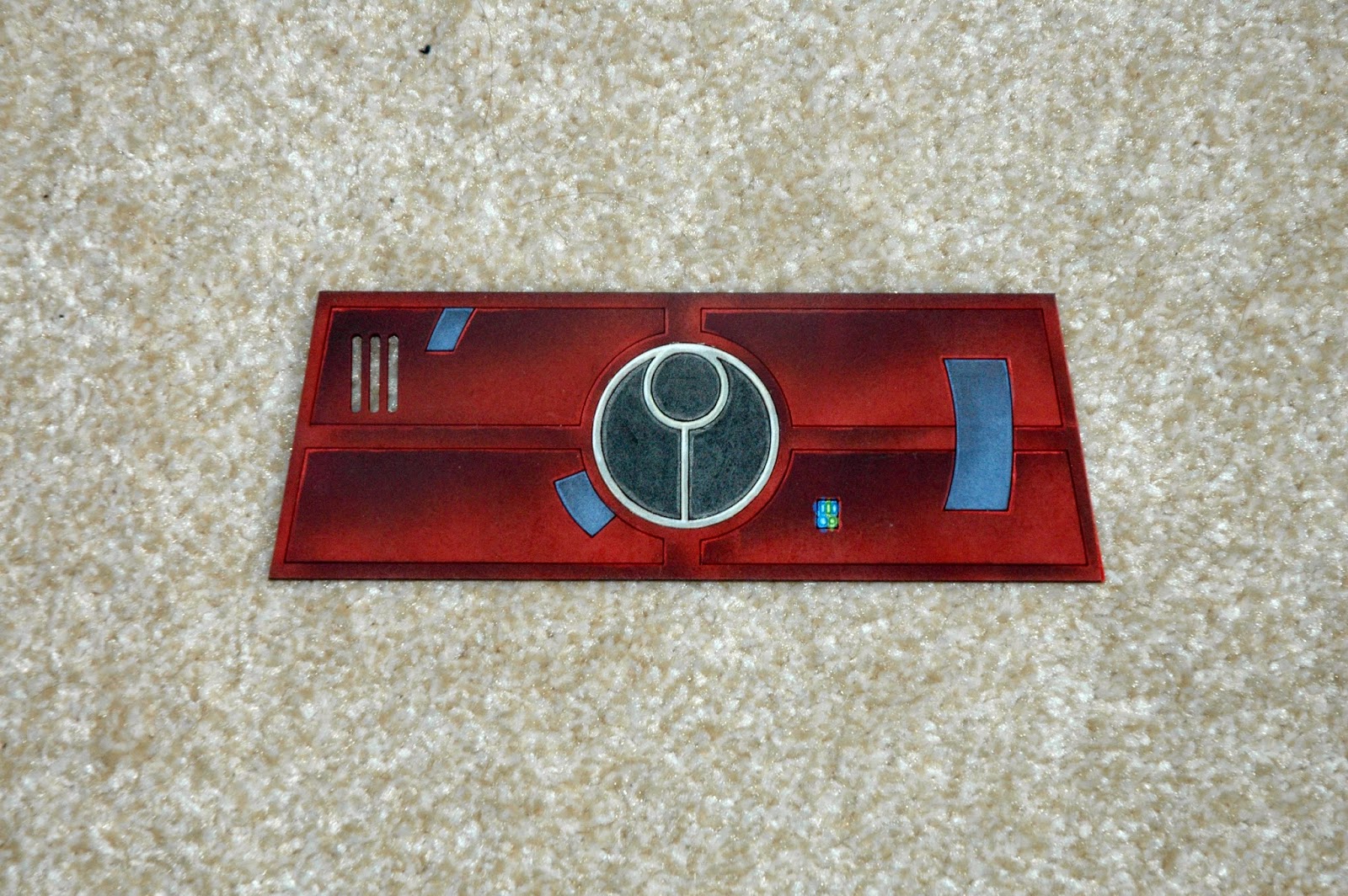 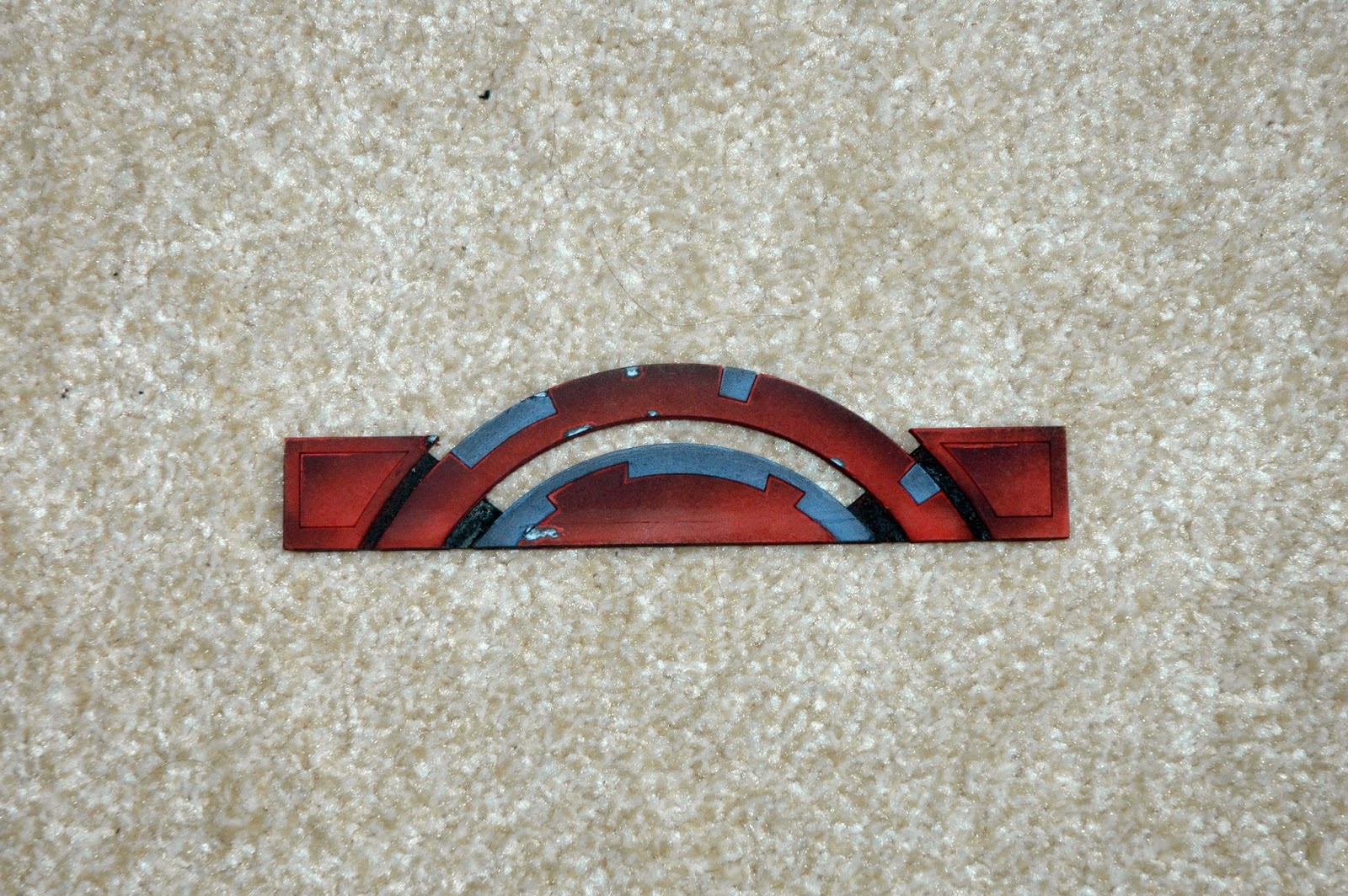 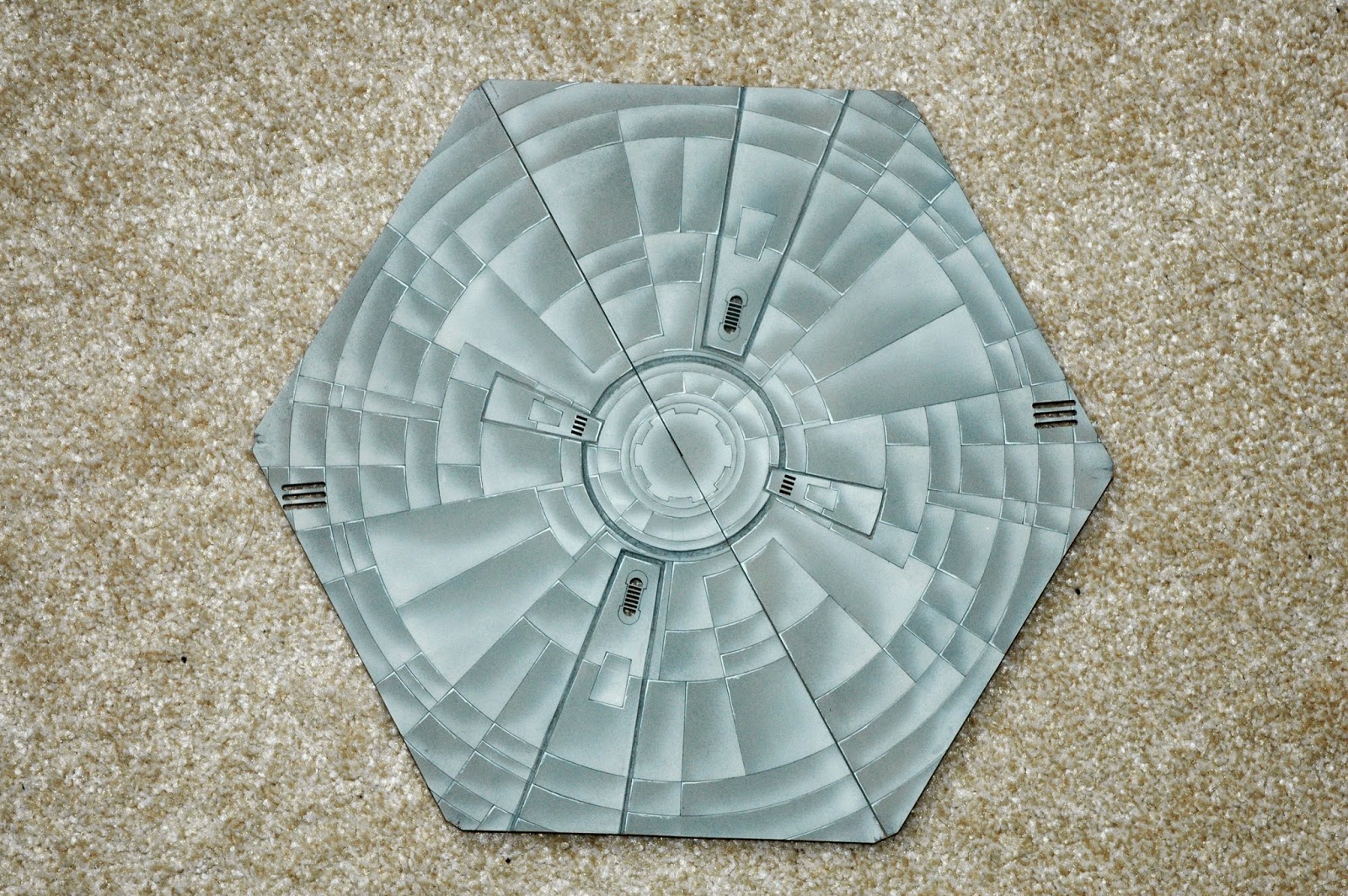 Posted by Bluewarp Studios at 22:37 No comments: 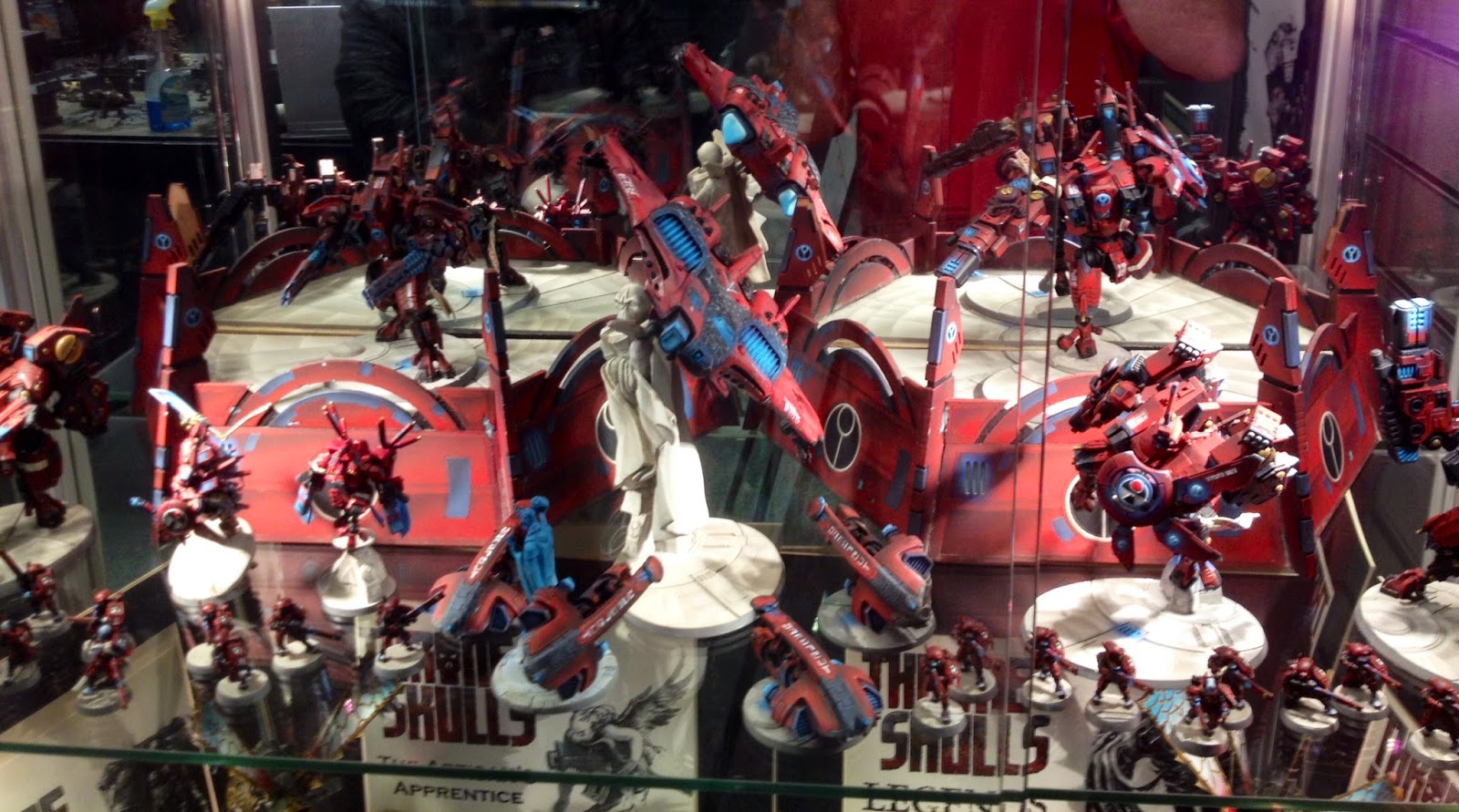 Well it has been a very busy couple of weeks and I have to apologies for the lack of posts during this time, while I have had a lot to share.  Moving house and not having internet for two weeks has seriously effected my addiction - talk about going cold turkey and stressfull doesn't even come close.

Preparing for two events and adding some additional figures in the last moments while trying to move house was a little silly on my part, but as they say, the proof is in the pudding and winning two painting competitions with two armies back to back and one of them on my birthday, has to go down as a major achievement in my life, I just hope my wife doesn't read this, I'll be eating from of a straw for month, but joking aside she has been very supportive of my hobby/addiction (as long as all the chores are done :) ) and I couldn't do it with out her and her support.

Well back to it - as promised images of my winning Armies on Parade army in the cabinet at GW Bolton and more images can be seen on the GW Bolton Facebook page, thanks to Ryan for a great day, Ill defo do it agan. 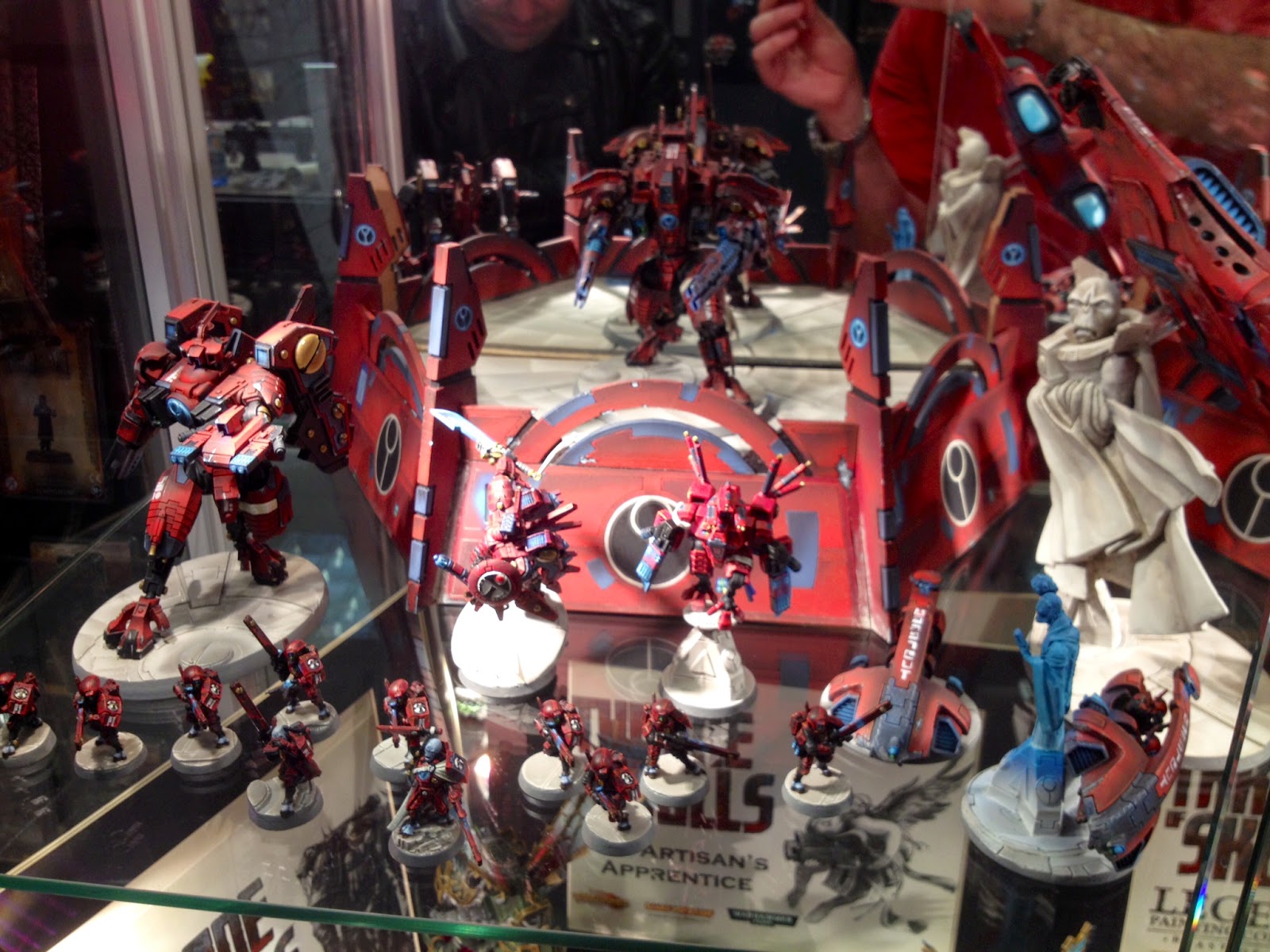 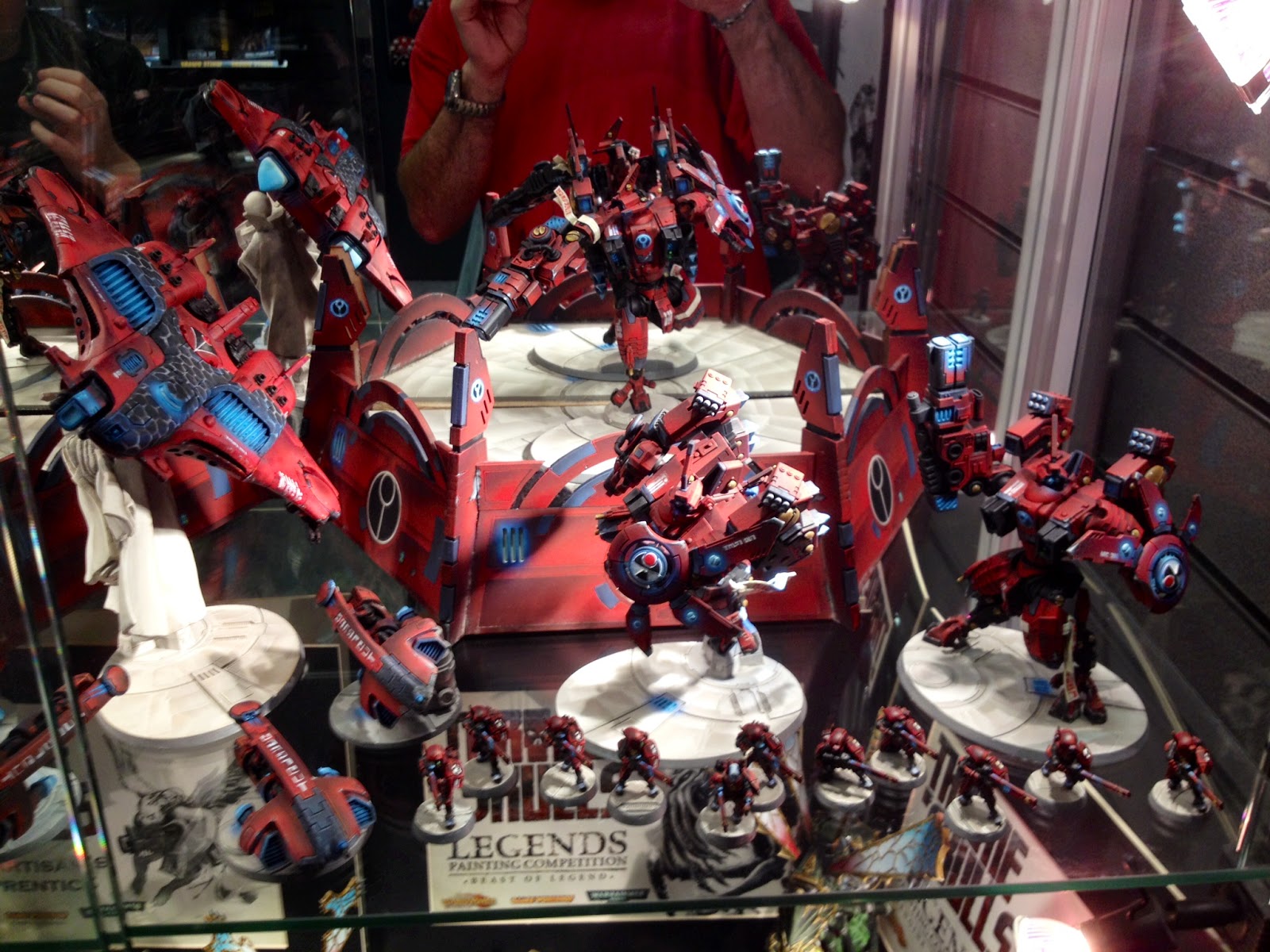 And secondly after an awesome weekend at Blog Wars 8 with Pete Butler (space wolves), Ben Houghton (necron) and Dave Western (nids).  Ok true, I did come dead last, adding to the saying "those who cant play, paint" not my best gaming moment, but I faced some good opponents and some fabulous armies.  It's not an excuse honest, but I like to look at it in another way, my dice rebelled against me because my luck was being channeled in winning prizes, money and goodies.  One Wooden spoon and £5 later, plus the addition of £10 for best painted Character and £15 for best painted army, And that's not all I won third place in the raffle - Space Wolves Venerable dreadnought sweeeeet.  Then Pete won the second prize, the Dark Eldar Void Raven Bomber, and we did a swap sweeeeeeeeeeeeeeeeeeet.  Wow so what was first prize you might ask, only an Imperial knight!

If people are looking for a great day out at a tournament but don't wont to spend a boat load of cash to do it, I highly recommend Blog Wars and all for £18.50 and you get lunch, Barginus..  Check out Alex''s blog "From the Fang" for more details

In the mean time some images from the event enjoy :- 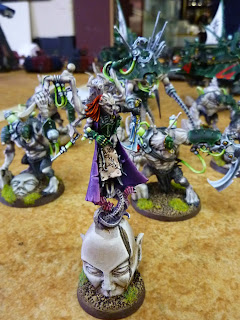 My Urien Rakarth and his followers 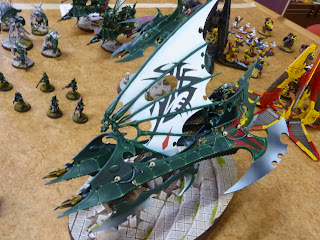 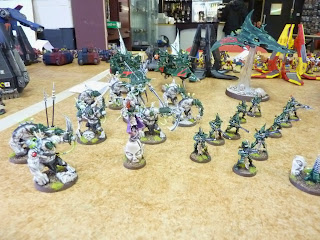 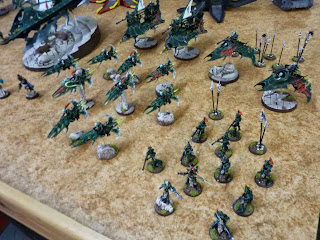 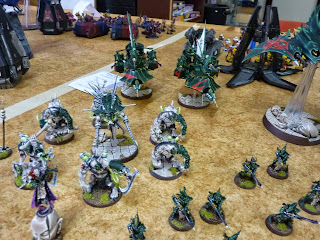 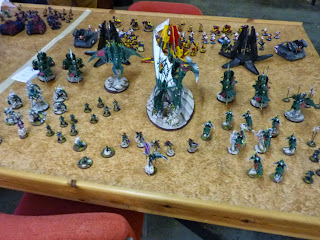 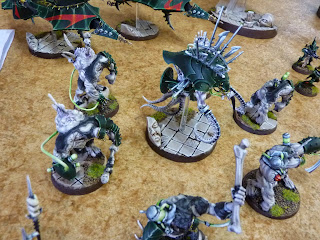 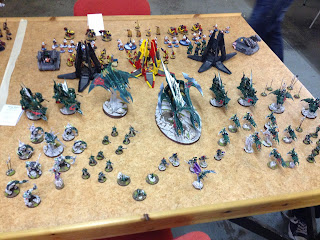 Martin's drop pods and terminators appearing in my back line turn 1, holy moly. 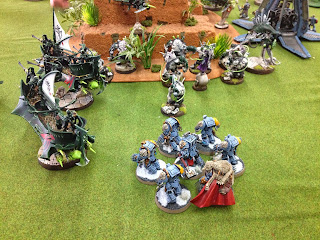 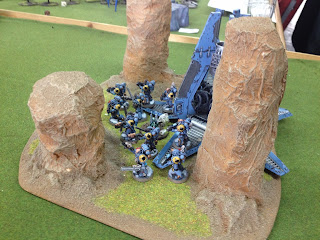 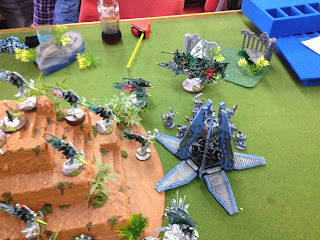 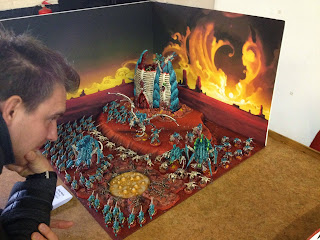 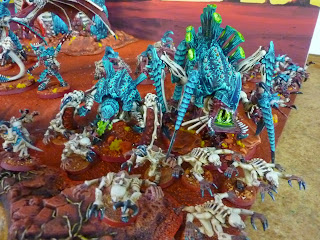 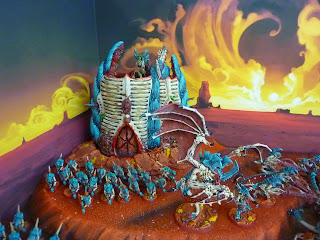 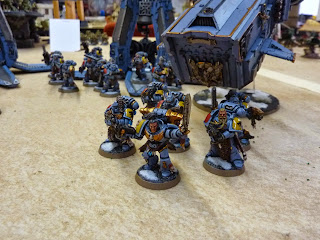 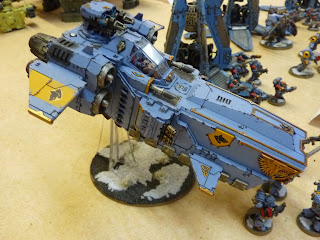 Posted by Bluewarp Studios at 23:34 No comments: