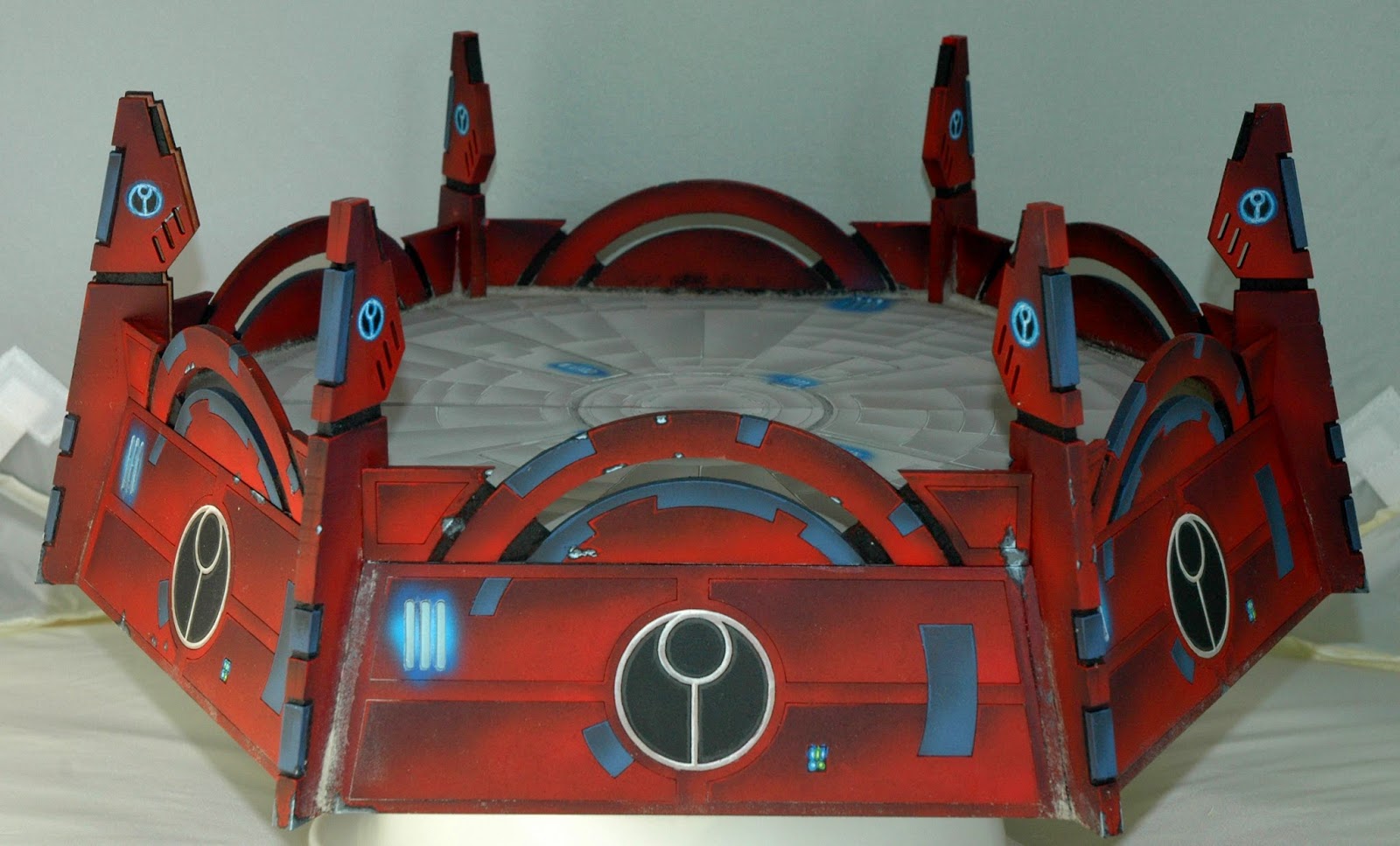 I finished my Tau Skyshield this morning by adding some weathering effects and adding the blue glow effect, I have been a little sneaky I have bought a pack of very light blue paper and I have glued them behind the vents were the light will emanate, because I have placed blue fairy lights inside and the paper diffuses the overall brightness, unfortunately my flash on my camera is stronger then the LED's so you can't see them, but it looks good in the dark :)

More posts to come on how it was made and the concept behind it. 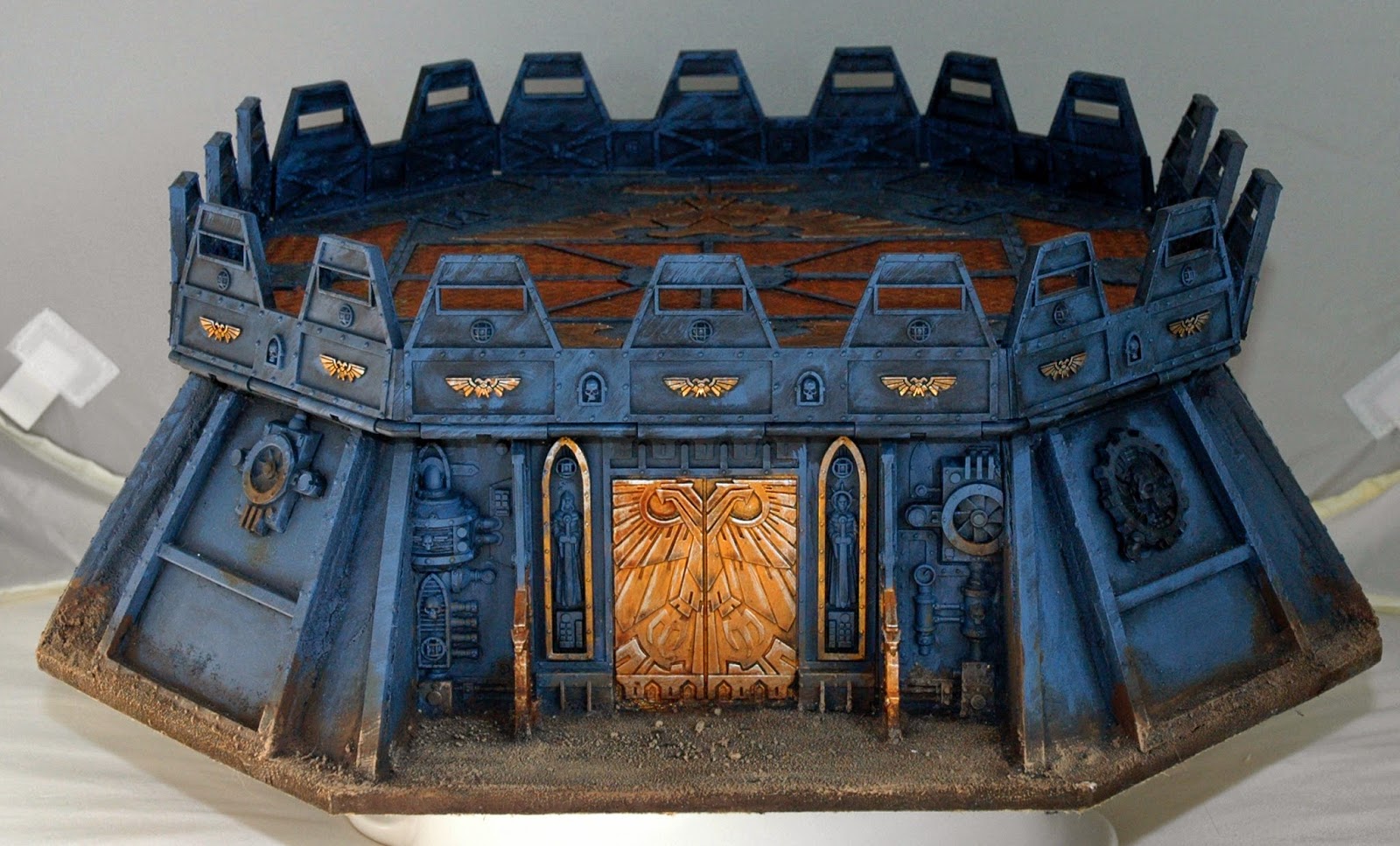 This is my original Imperial Skyshield landing pad painted about 5 to 6 years ago when they first came out, note :- Its still not finished Oh well my new one is :)

Posted by Bluewarp Studios at 15:06