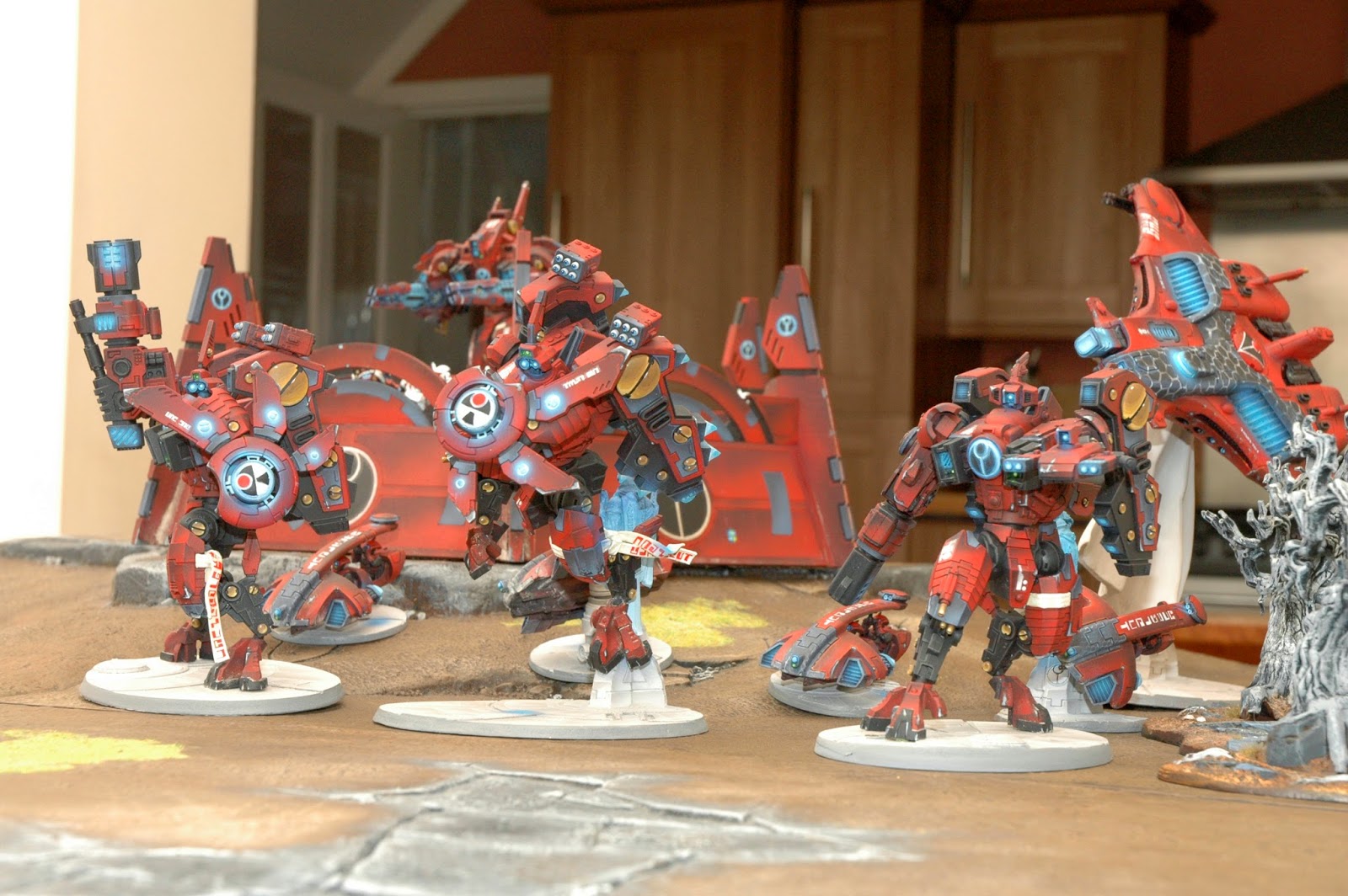 Only two weeks to go for Games Workshop's Armies on Parade day and I thought I would share a couple of pre battle images of my Farsight Enclave.  I still have project Y to finish, 20 Firewarriors and Farsight himself but so far so good.  The battle shots where taken at my friends Bens house and after my Tau beating his Imperial guard, he asked me to takes on his Necrons, and between you and me I have never beaten Ben's competitive list.  This was a big test for my Tau and the start did not go my way.  I had completely forgotten about The Stormlord stealing the initiative on 4+ and guess what?  He stole the initiative with all my front line just outside his 24" weapon range.  He moved his army forward and gave me a bit of a mullering, Do'h.

Live and learn I won't be doing that again :) but as it turns out it made the game closer and more fun.  At the end of the day after the smoke had cleared, it turned out I had broken my duck and for the first time in 4 years I had beat the Necrons into the ground.  Good times and a long time coming, it just goes to show how the Tau have come a long way in the the past 18 months, especially with the introduction of the new Forge world figures, lucking forward to fielding the new flying Riptide :) 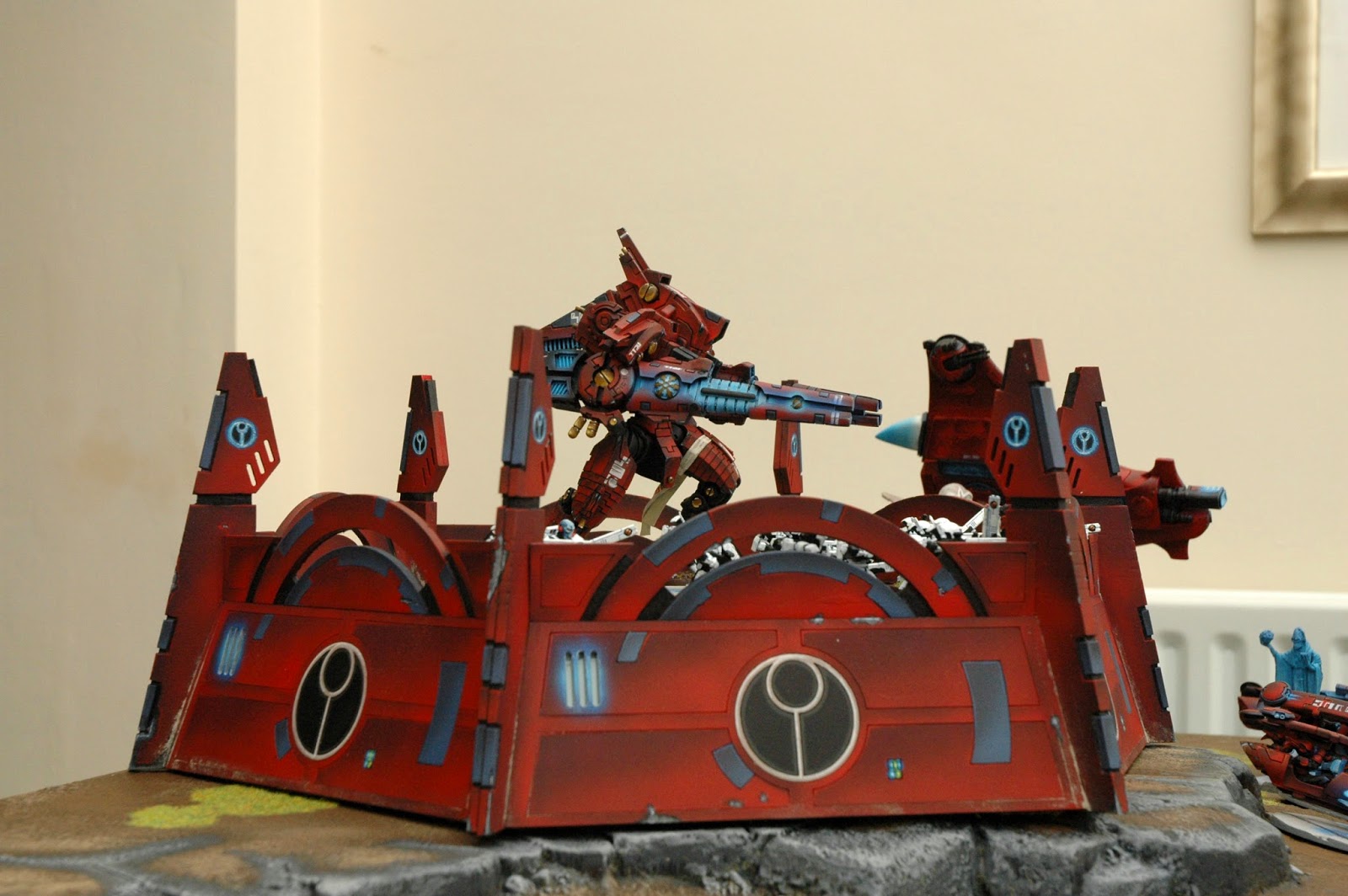 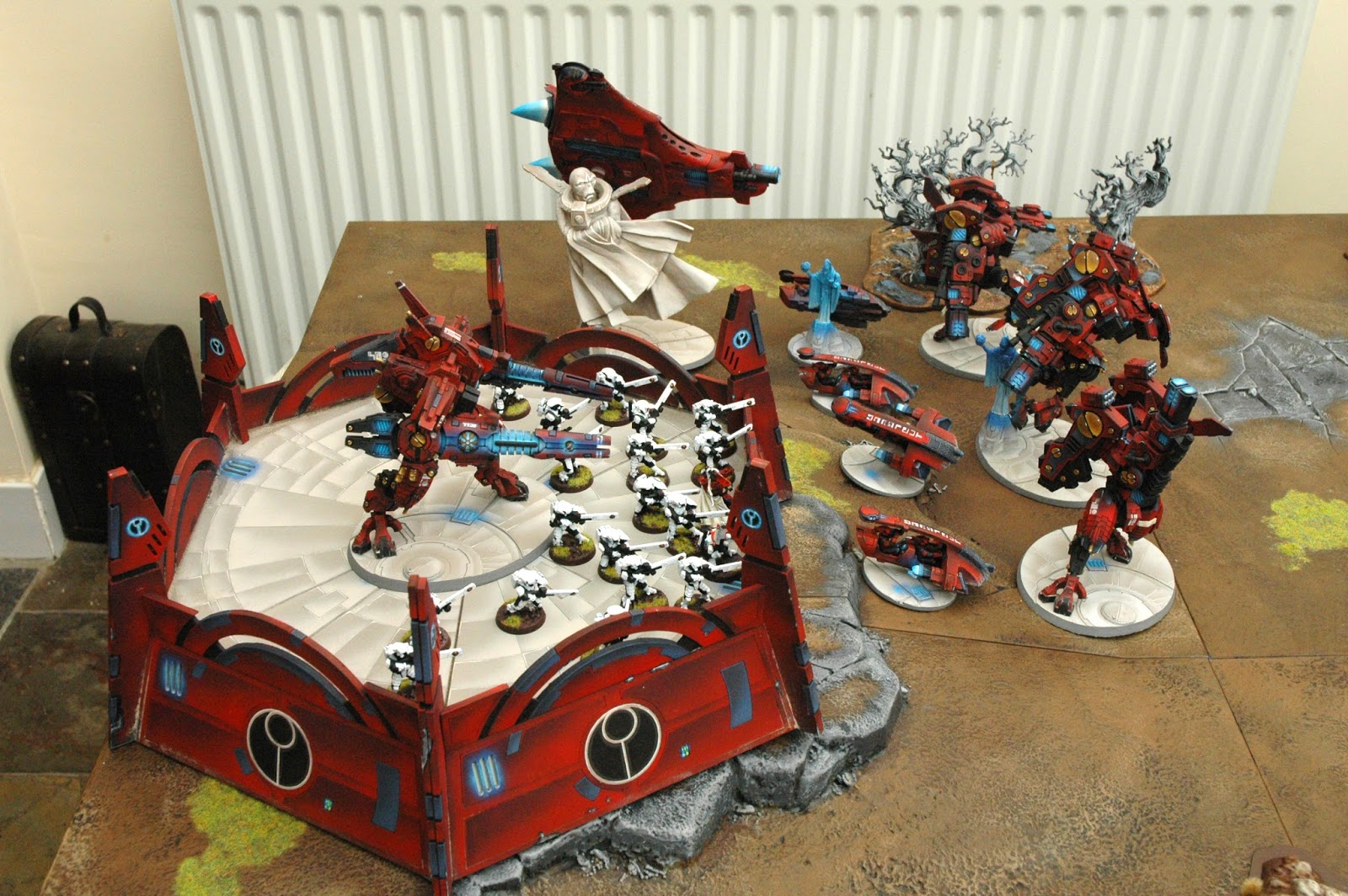 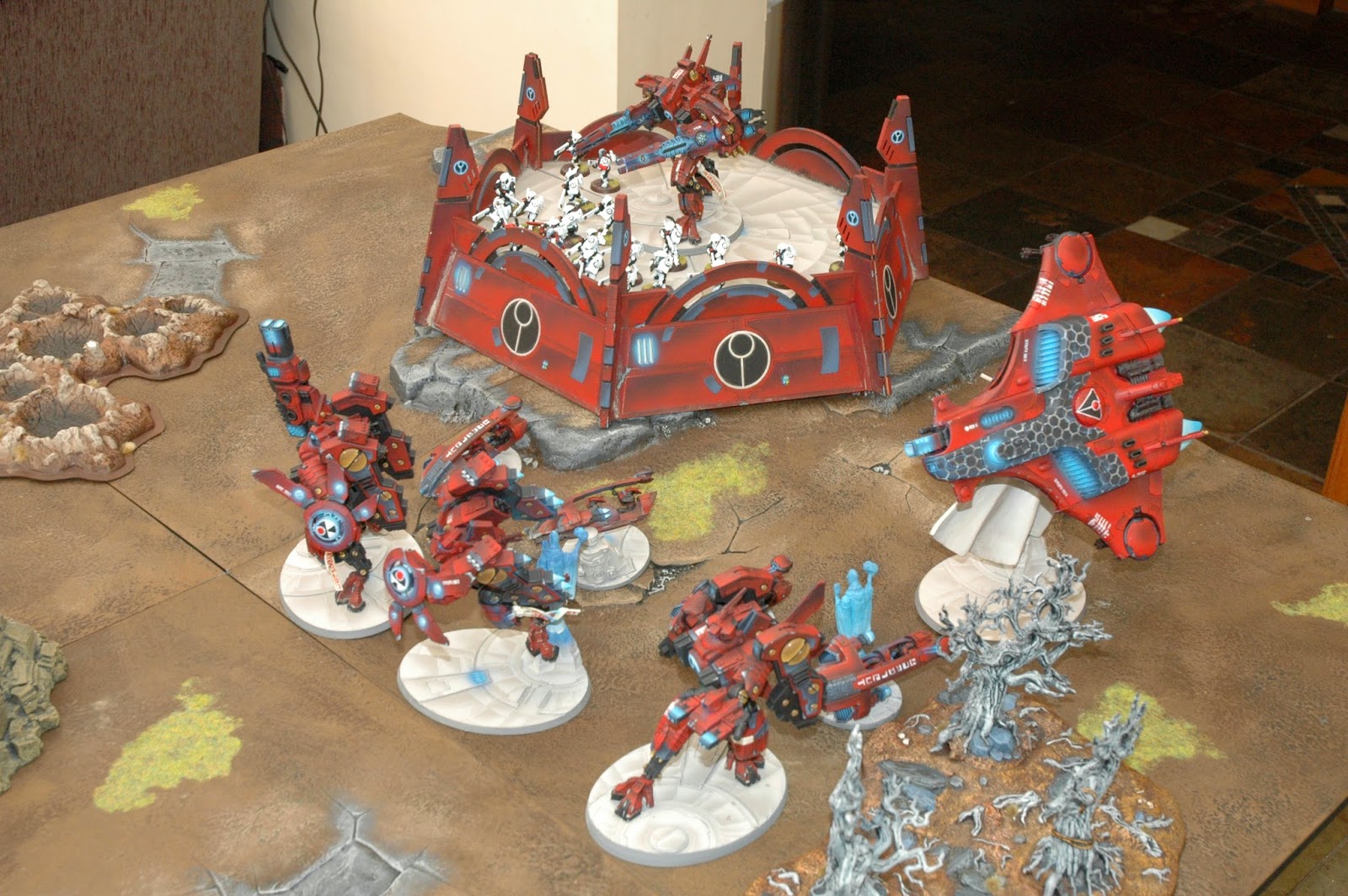 Posted by Bluewarp Studios at 10:14