Not long now to Throne of Skulls and I'm back on track with my Chaos Nurgle army.  I should have left painting my Daemon Prince until last as he is not necessarily in my army, I created him for the off chance roll of 65 or 66 on the Boon Table, I've had 20 to 30 games with this army and I've never come close to rolling it and now I have him, I'm never going to roll it :)

Now I'm not a negative gamer and I almost always have a positive out look on the game, but between you and me when it really matters I try and use the old Jedi mind trick on the dice, you can see veins popping out of the side of my head just like in Scanners, but they are not week minded fools and they know the score, if I need those 6's they will only turn up for morale purposes.  But that's fine being unlucky at those crucial moments in my eyes makes for a better tactician when gaming, I've learnt not to put all my eggs in one basket, i.e. not to rely on the one chances happening to happen because they very rarely do.  I rely on the old tried and tested method of having a back up plan, backed up with a further back plan and just in case another back up plan.

Is it just me or do you think I should have put the wings on the other way round and have the talons facing forward?  mmmmm.﻿ 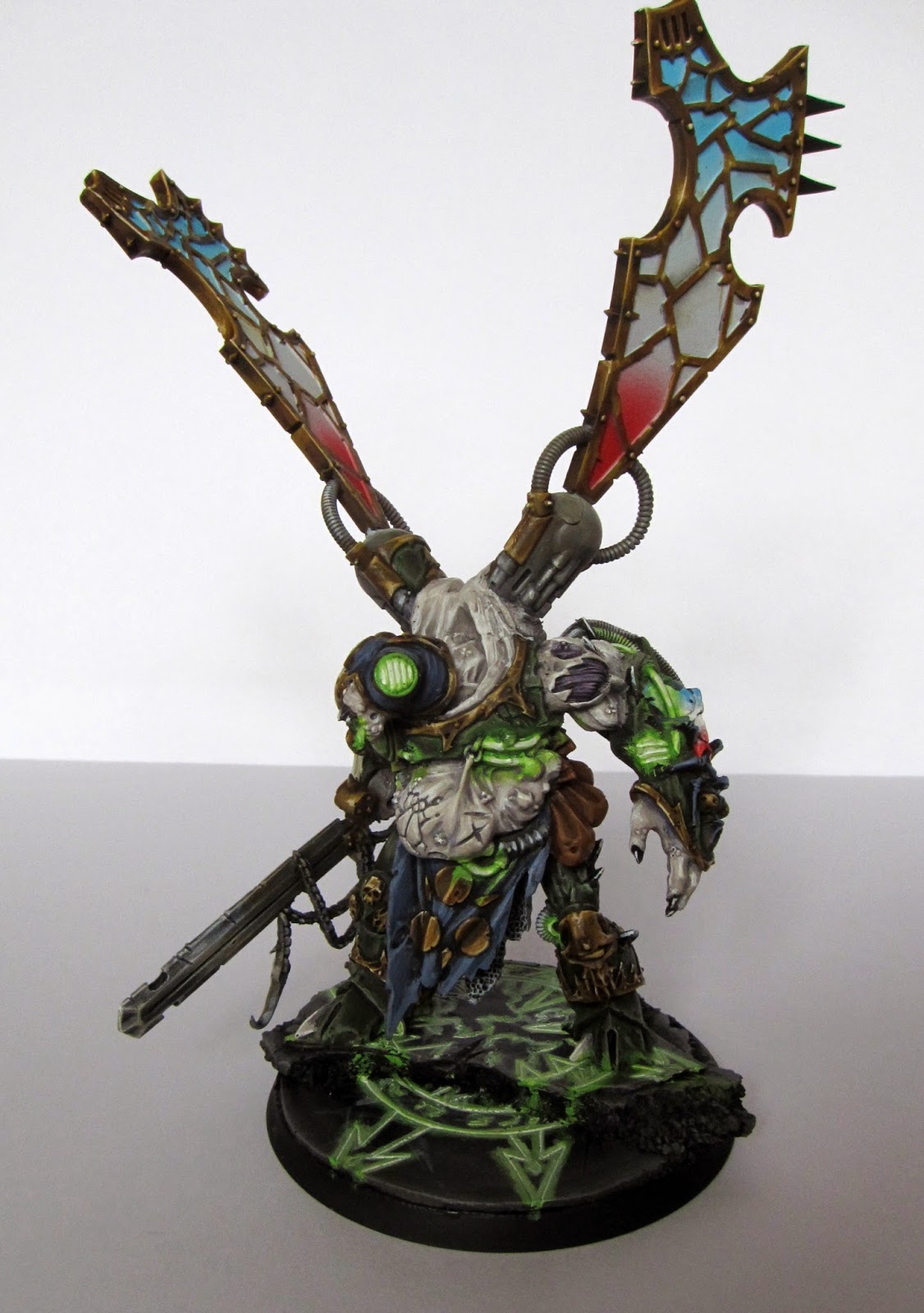 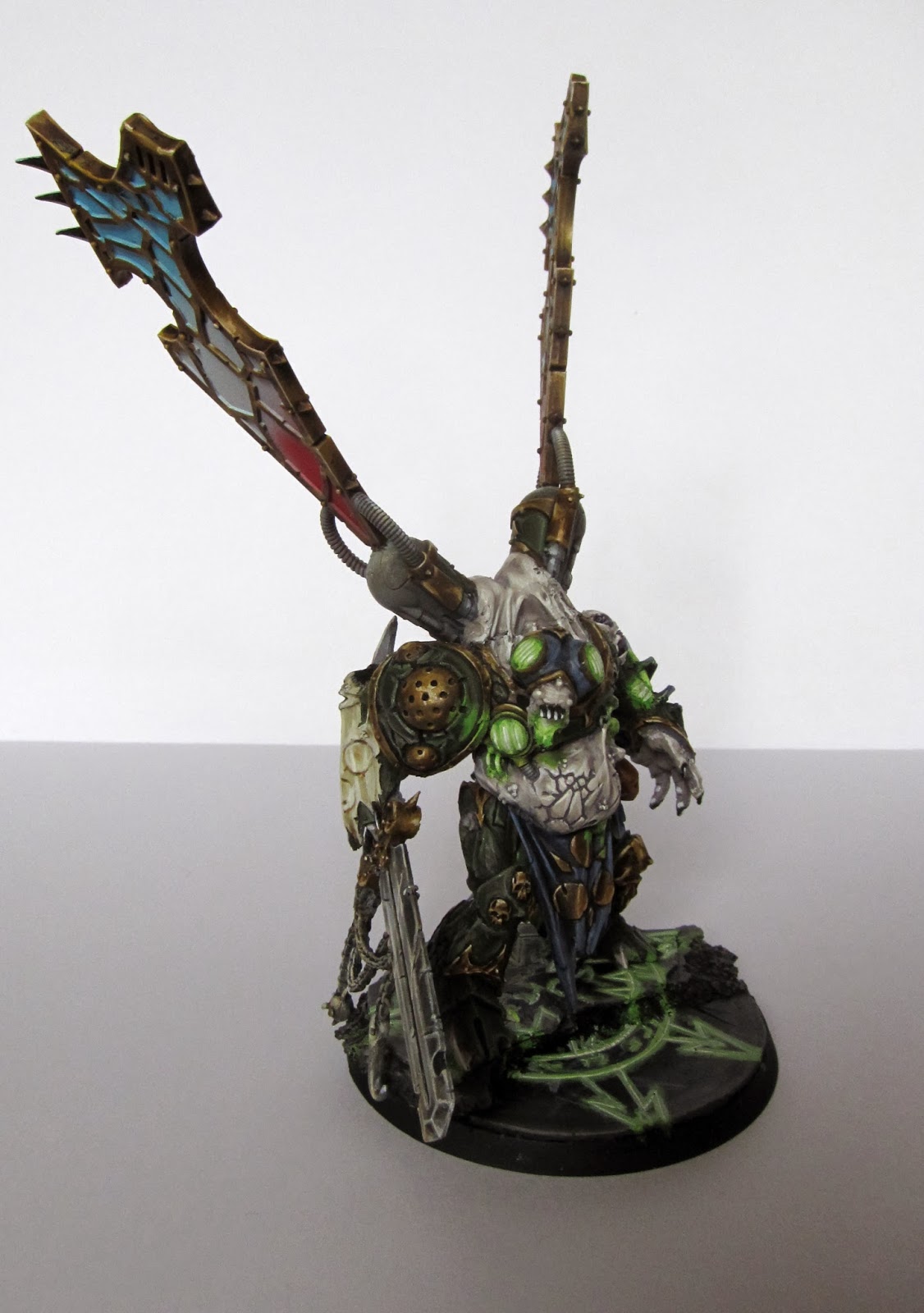 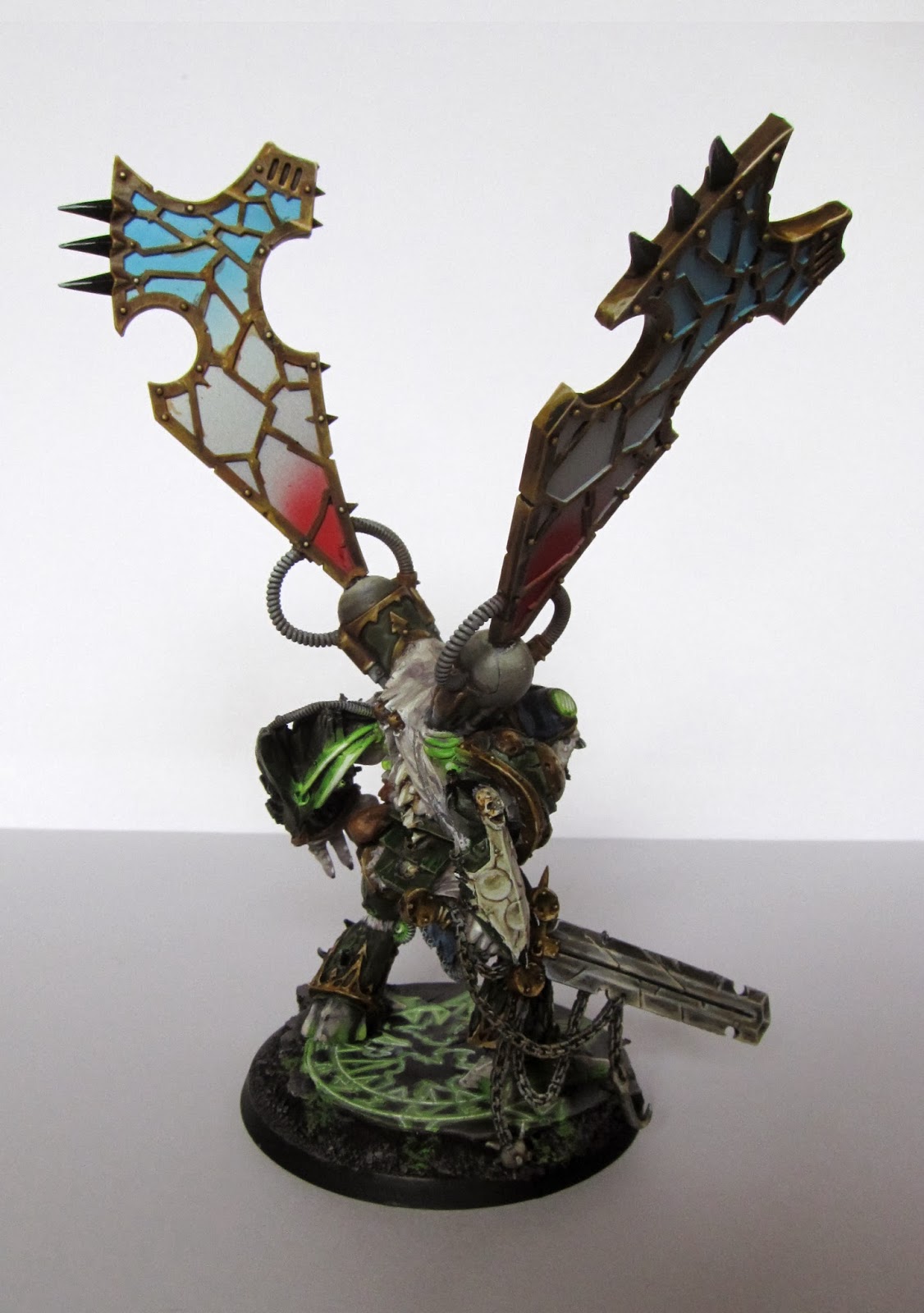 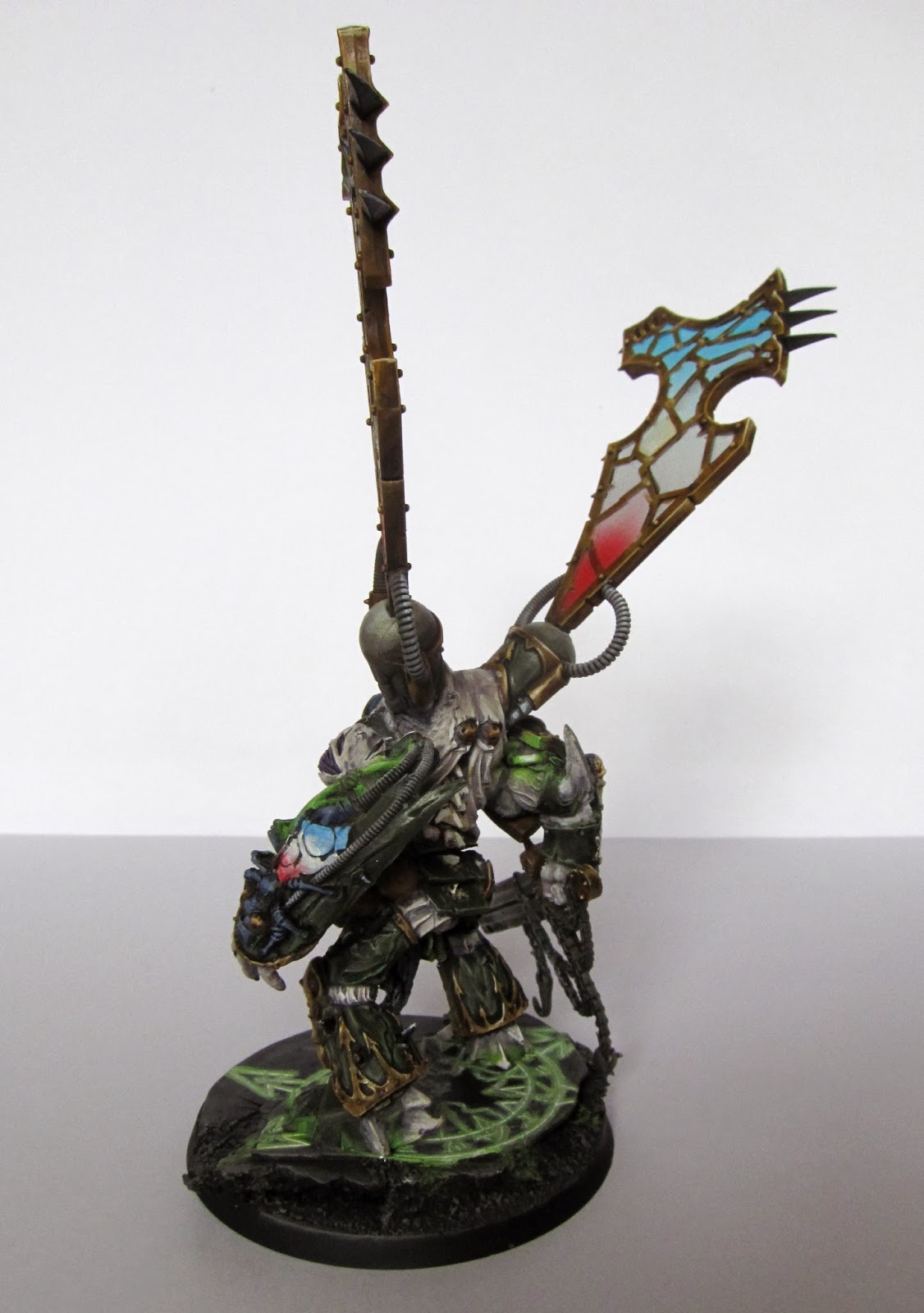 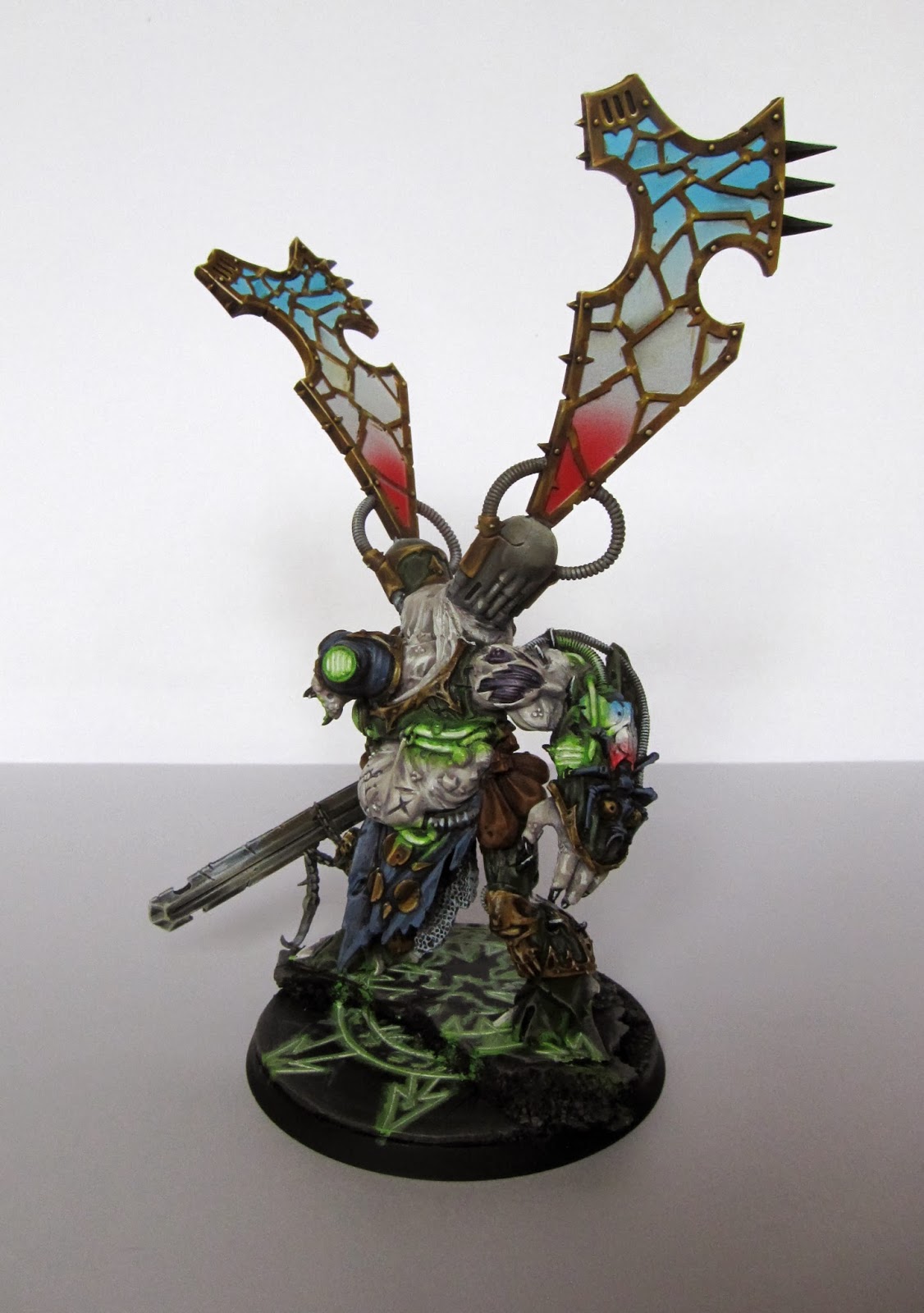 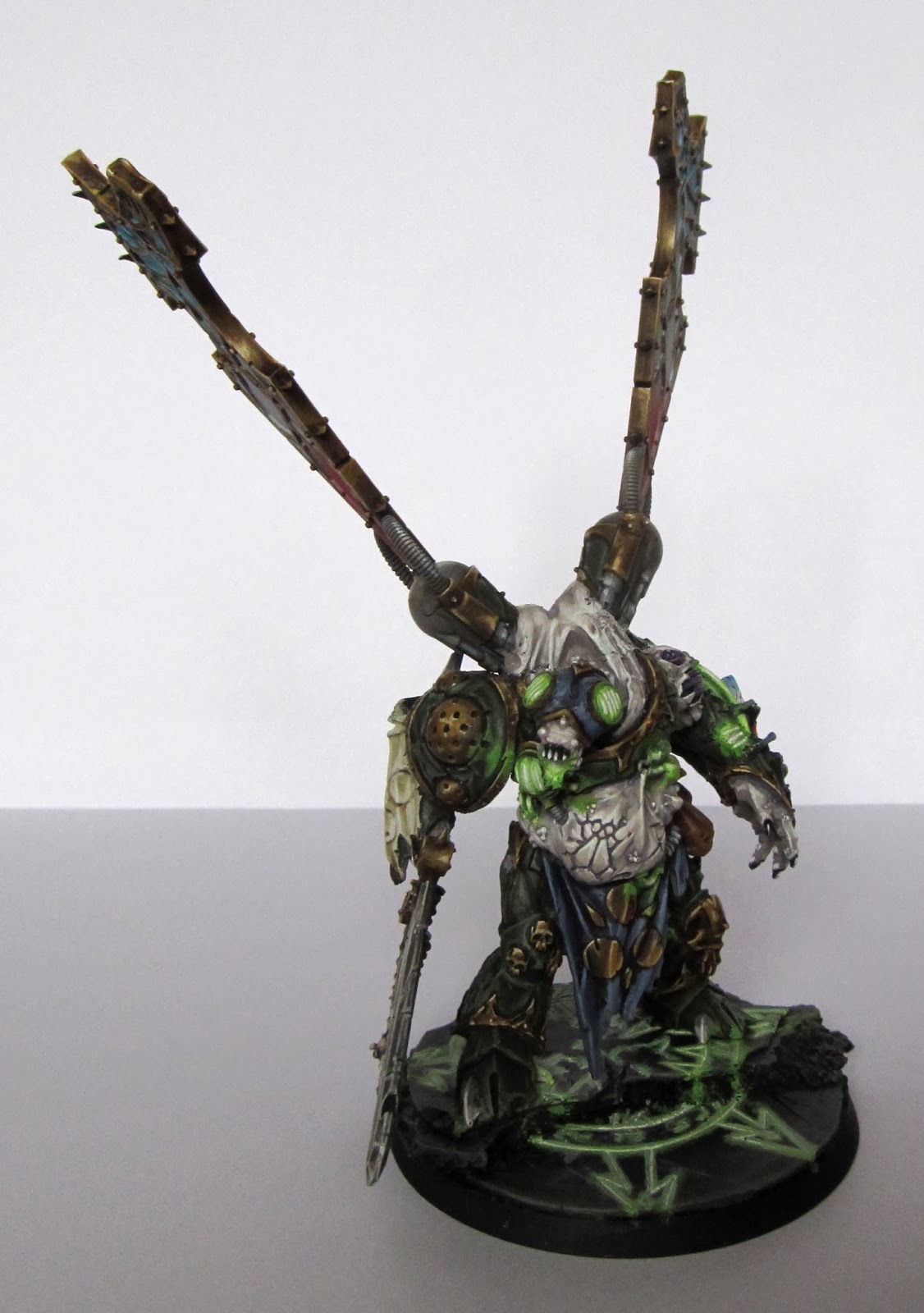 I've included this image for numerous reasons firstly you van see how the Daemon Prince fits in with the rest of the army, by having the same wings and a similar head but also you can see the scale of the different aspect of the army.﻿ 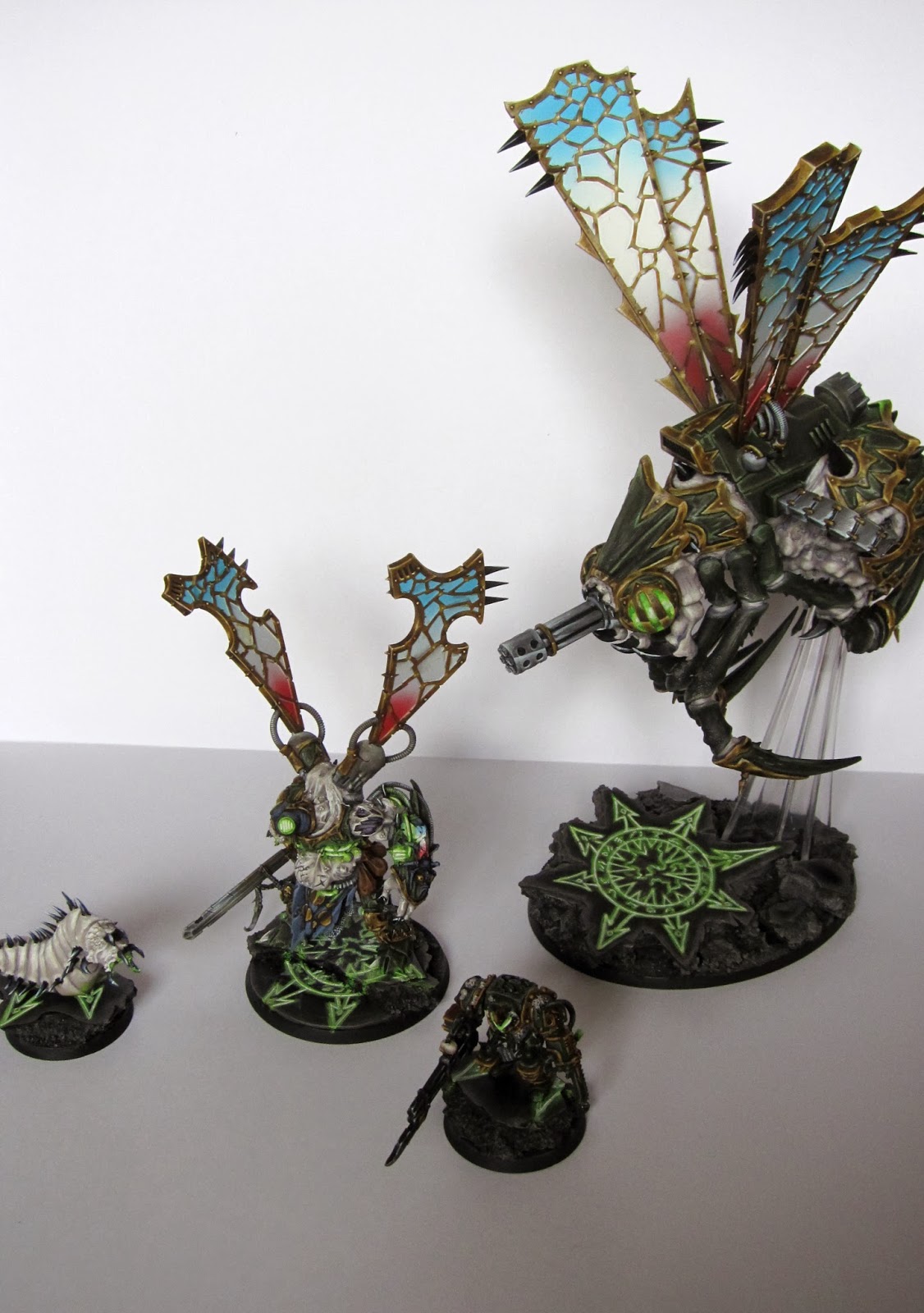 Posted by Bluewarp Studios at 09:57