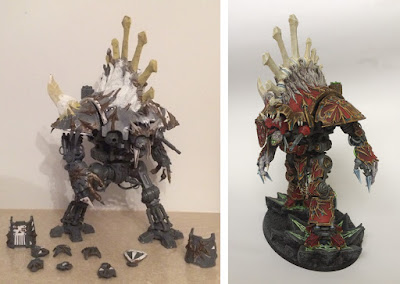 Hi everybody, it has been a while since I started my mammoth task of creating a heavily converted Renegade Knight army.  So, I thought it was about time I showed my WIP images so you can see how exactly they where created.

First up,  Khorne.  When converting a model I generally just use the materials I have and I "make do".  It is extremely rare that I will go out and buy materials just for the purpose of that model.  There is two reasons for this:- 1. I am incredibly lazy and 2. I don't like spending money.  Having said that I did buy Brown stuff specifically for his Lightning claw style fists, but then used them to create his hands when I should have used either Grey stuff or Green stuff.

I also have to be honest and apologies, because I have no idea why I didn't take any WIP images of how I created the Spine.  The spine is just made up of 2mm wire and then layer upon layer Yellow Grey Milliput.  I like to built up the milliput so it is bigger then I need it to be, the reason being is that I like to carve into it, unlike Green Stuff which is a lot more precise and you can create the desired shape with out a reductive process.  You can see that the smaller 'Spinous Processes' are made from both Brown and Grey Stuff, I broke them while carving into them :) 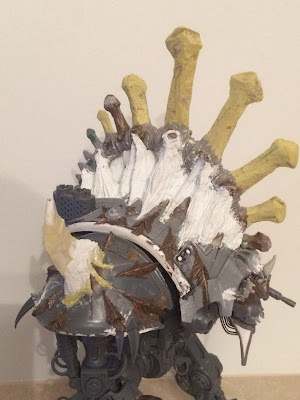 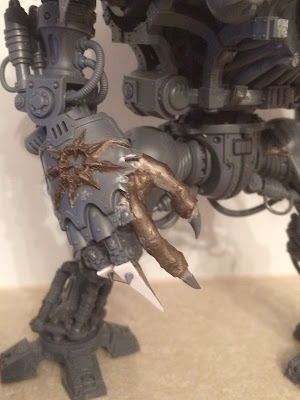 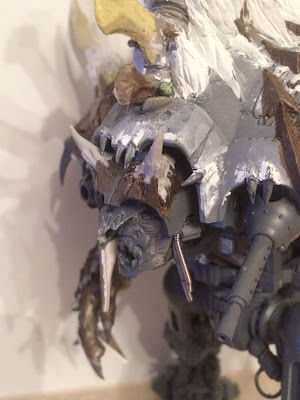 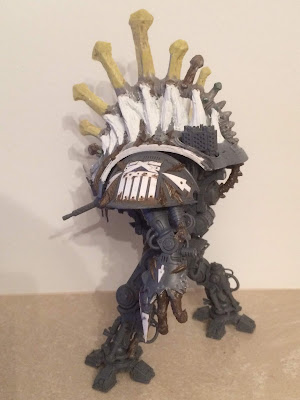 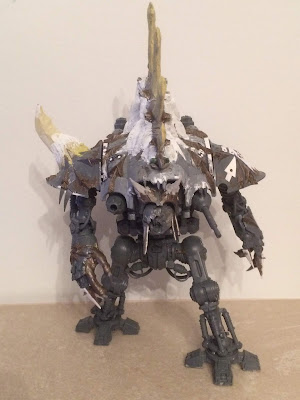 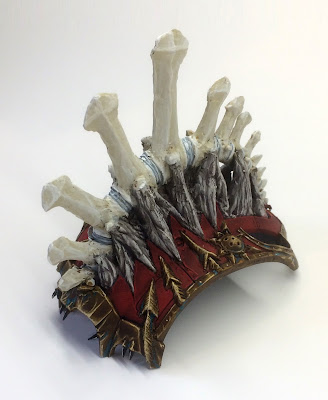 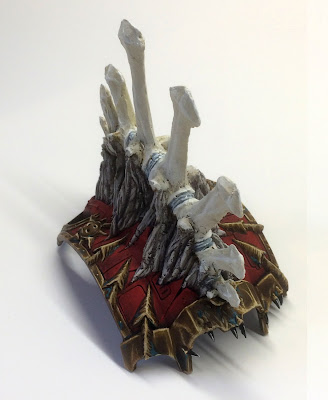 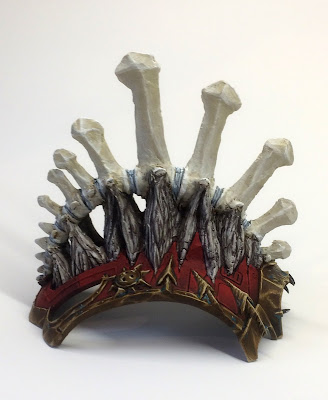 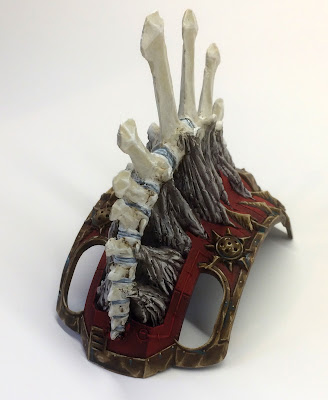 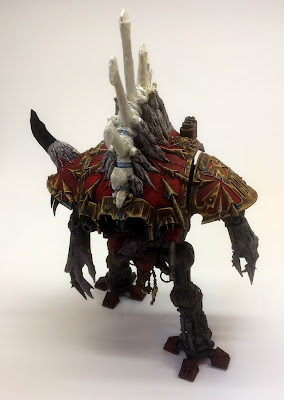 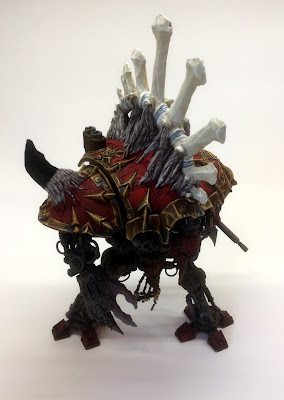 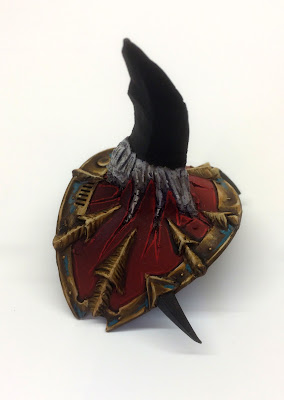 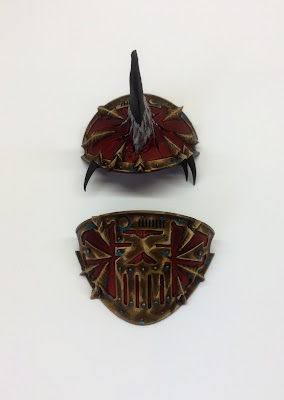 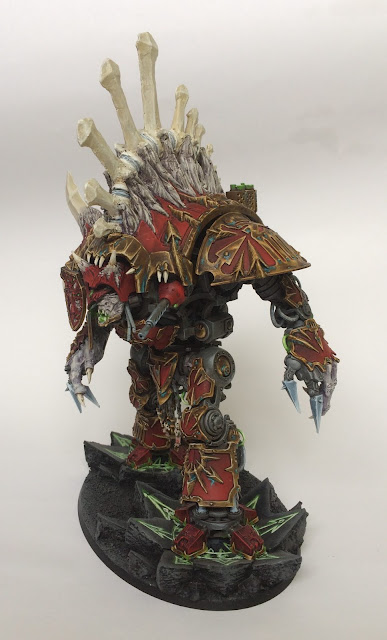 Posted by Bluewarp Studios at 10:31