With the imminent release of the new Imperial knight codex and some awesome new knights to add to our ranks, I thought it would be a good time to share my WIP Nurgle Imperial knight.   With later posts showcasing my WIP House Terryn and Khorne Imperial Knight. 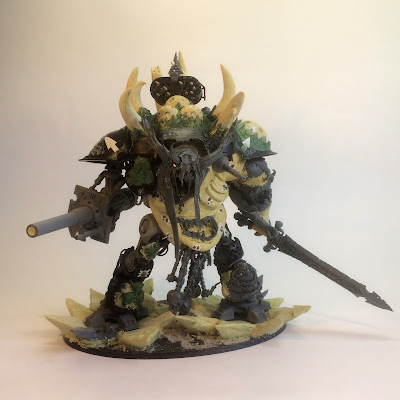 Now for the reason why I needed a Nurgle Knight, after the GT it became apparent that my Land Raider did not do at all well in all of my 5 games.  The best it did was the warm up match with Dave on the Friday night.  I've wanted to do a Nurgle Knight for ages but I never got around to it, and the longer I left it the more and more models became available for conversion like the Glottkin Knight; and if I'm honest I almost did the conversion then I saw someone on ebay selling all the bits I needed from the Great Unclean One, and I thought it would make for an easier and less time consuming build (the jury is still out on if it was quicker or not).  So I'm going to replace my Land Raider with a Nurgle Knight the issue being it has a definitive finish date, I'm torn between doing a good conversion and loads of time to paint it or a better conversion and less time to paint it.  As of this morning this is were I'm up to I'm about 95% complete I still need to finish the base and other odds and sods but I'm running out of time. 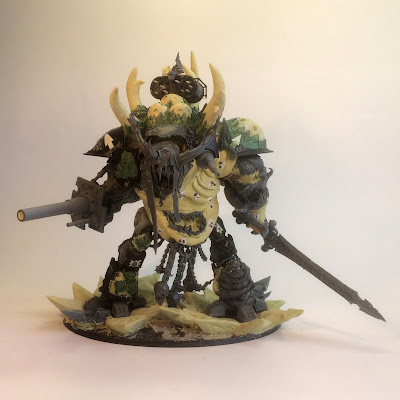 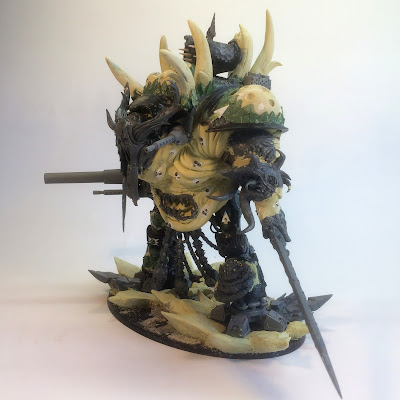 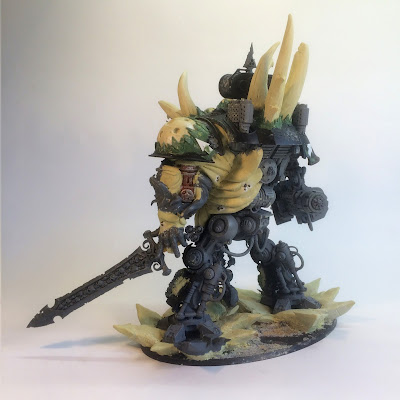 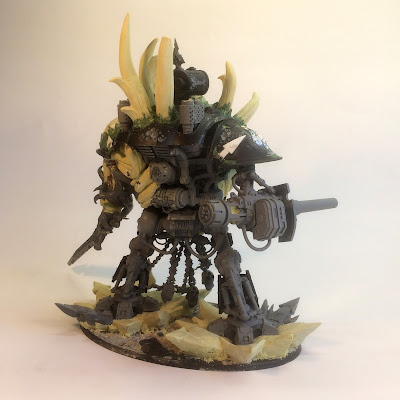 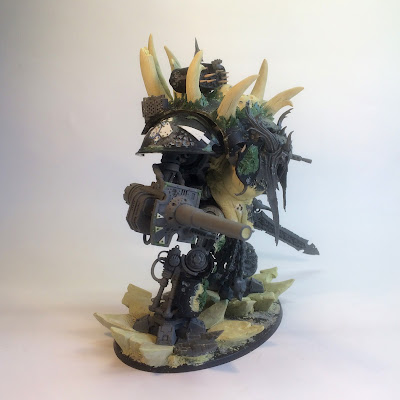 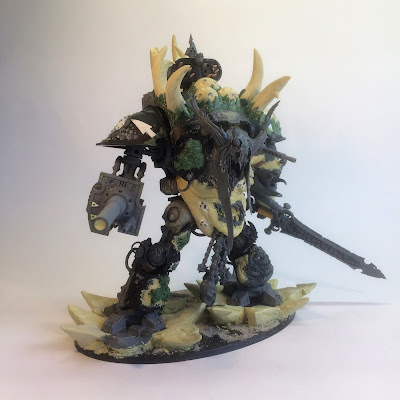 I thought I would include a couple of my favourite Nurgle Knights that I found online, I used these as inspiration.  There are so many to choose from but Brian's and Tony's I really like and are great painter to boat, there truly are some amazing people out there.  I hope you likey :) 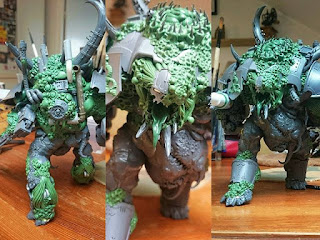 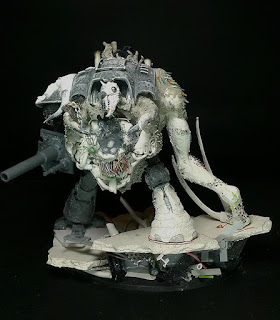 If you have a favourite please feel free to post an image or leave a comment if you have any constructive ideas for my build :)
Posted by Bluewarp Studios at 21:00