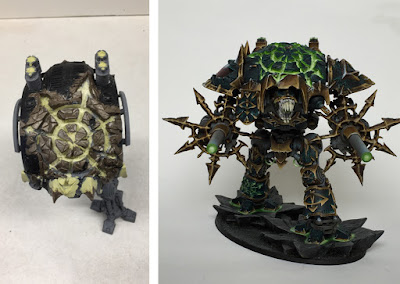 Hi everybody, it has been a while since I started my mammoth task of creating a heavily converted Renegade Knight army.  So, I thought it was about time I showed my WIP images so you can see how exactly they where created, Welcome back to part 3 Black Legion.

If you have been following this mini series you should be familiar with the two previous Renegade Knights and you can see I am a bit of a fan of Daemonic Possession.  I have been experimenting with how it would manifest itself, by adding a lot sculptural pieces to them, but for this one I wanted to do something different.  Rather than adding I've gone for reduction, particularly with the main daemonic possession Chaos 8 pointed star symbol on the main carapace.  This was achieved by applying a 1cm thick layer of Milliput underneath the carapace making sure I got into all the nooks and crannies, following the design that I had drawn on the top.  Once fully cured I used two different sizes of Holesaws to create the small and large circles on the design. I then used a Dremel to carve out the design.  Finally I used Brown stuff to sculpt the armour cracking and deforming around the branded style symbol. 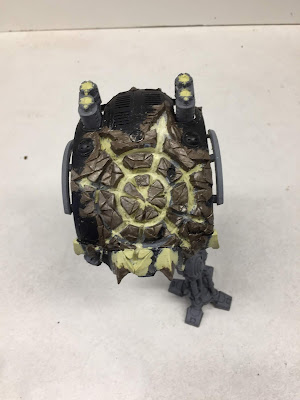 As a small contrast to the brand I sculpted the Son's of Horus symbol on one shoulder armour using Green Stuff to create the same type of  armour cracking and deforming. On the other shoulder, which I have lost the image, I used the actual surface of the pad as the eye and created extra armour on top as if the eye to give the illusion of the eye forming under the armour and pushed the armour outwards and falling off. 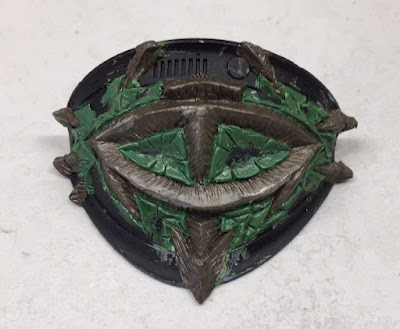 Going back to my original thought of this Knight would be a reduction of it self, I clearly forgot this premise and failed when it came to crating the Battle cannon shield mounts.  And they became a little large and larger than I intended, luckily they fitted but only just....  The armour mounts are laser cut 3mm plasticard scuplted down with a Dremel to form sharp angular edges and on the reverse I have added Brown stuff replicating the front. 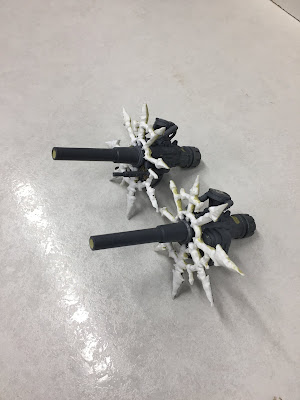 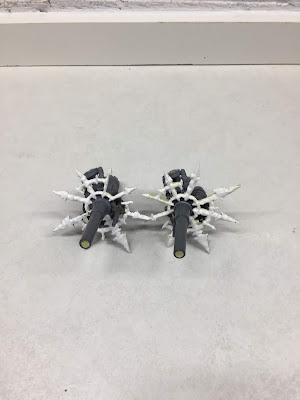 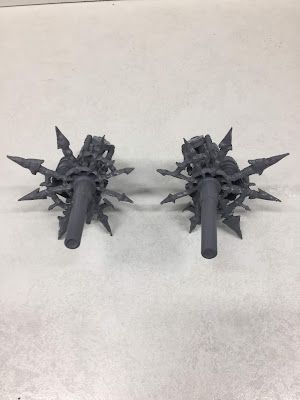 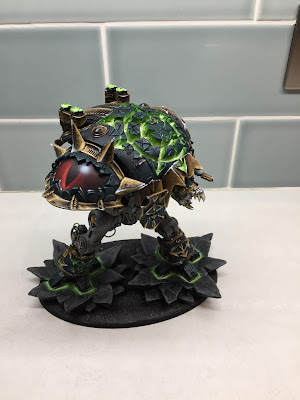 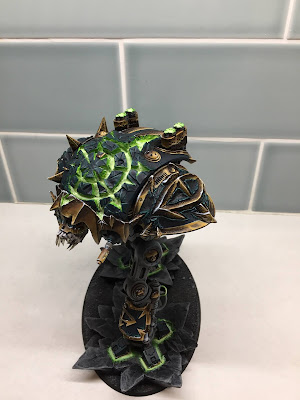 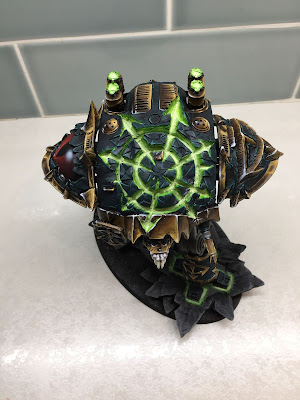 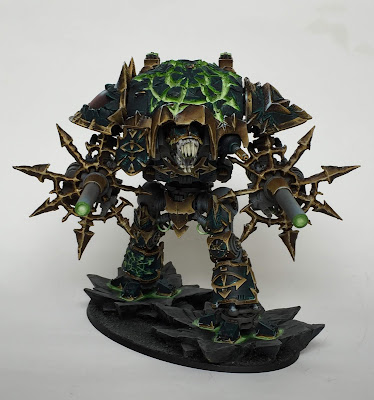 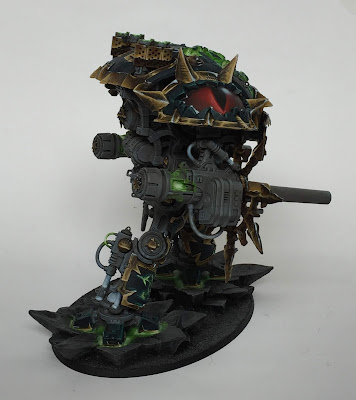 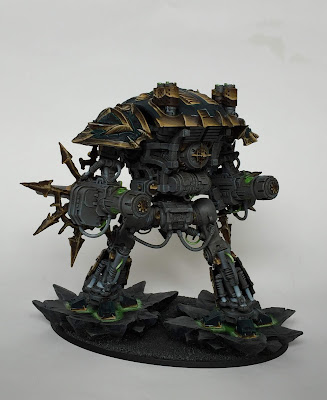 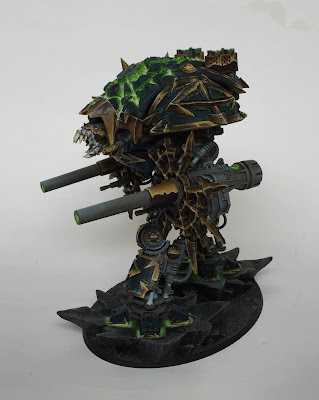 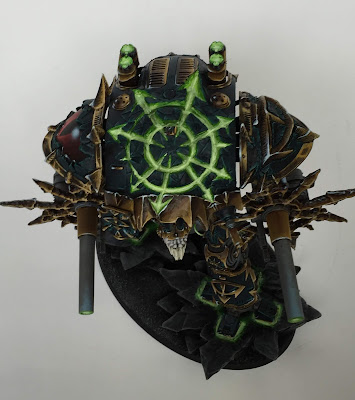 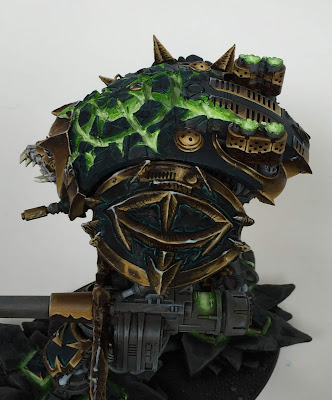 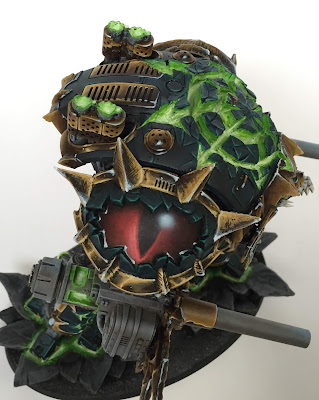 Posted by Bluewarp Studios at 16:06